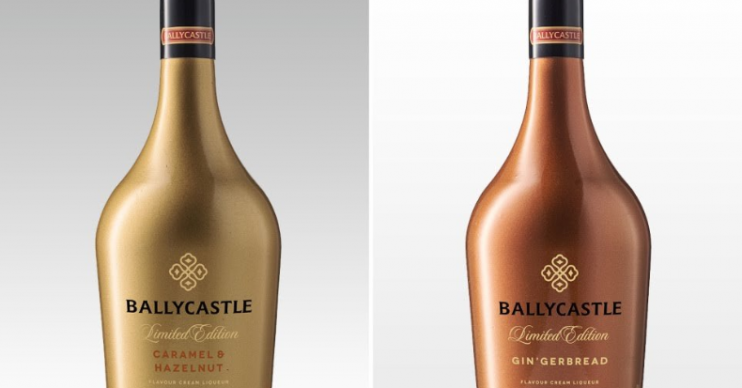 They should do down a treat

We know it’s only October, but it’s never too early to start thinking about delicious Christmas food and drink, right?

And Aldi has just launched a couple of tipples that are getting us all excited for the festive season.

And we reckon they’ll go down a treat while playing a game with the family or catching up on some seasonal TV.

The first flavour is Caramel & Hazelnut, which is said to marry the sweetness of caramel with the taste of nuts that we all love at Christmas.

As for the second flavour – Gingerbread – that is believed to capture the essence of baked Christmas goodies down to a tee.

Both drinks are housed in shiny bottles that could blend in effortlessly with the tinsel and baubles.

Ballycastle is Aldi’s take on Baileys Irish Cream. As with most things available at the supermarket chain, it’s ideal for people on a budget, costing just £9.99 for a 70cl bottle.

That’s around £2 cheaper than what Baileys is currently selling for in UK supermarkets.

The new Ballycastle drinks aren’t quite as strong as Baileys, though, offering 15 per cent ABV content, compared to Baileys’ 17 per cent.

Aldi has said that the new Ballycastle liqueurs should be enjoyed neat, with just some ice to keep them cool.

One thing worth mentioning, though – they’ll only be available until the end of the year, so enjoy them while you can!

Aldi certainly seems to be getting into the Christmas spirit (pardon the pun). The chain has also launched a candy cane gin liqueur for the festive season.

And earlier this week, it announced that it’ll be selling a massive six-litre bottle of prosecco.

The budget chain has around 830 stores across the UK, with another 55 rumoured to be opening in the London area.

With the announcement of these new festive treats, they could be very busy over the next couple of months.