Presenters made a pledge in front of the nation but haven't delivered!

Phillip Schofield and Holly Willoughby have left all of their fans gutted after not keeping their promise.

Jokingly telling the entire nation that the besties were going to get tattoos to celebrate winning an NTA, it seems everybody was waiting to hear what they had done.

But when they both appeared on our telly’s on Thursday’s show, they hadn’t kept their promise!

Fans were rather disappointed and still very keen for them to get one.

One said: “Surely the team at @thismorning aren’t gonna let @Schofe & @hollywills get away with NOT getting a #tattoo now!? #Disappointed #ThisMorning”

Others urged them to “get the tattoo!!”.

Another said: “So come on Phil and holly.. you promised….tattoo… we are waiting…”

Read more: EastEnders Max and Stacey to be reunited?

Helping Phil kickstart the day, he tucked into a bacon sarnie.

Posting his hangover cure on Snapchat he commented: “This is making me feel slightly better… and at least we’re not in last night’s clothes!” 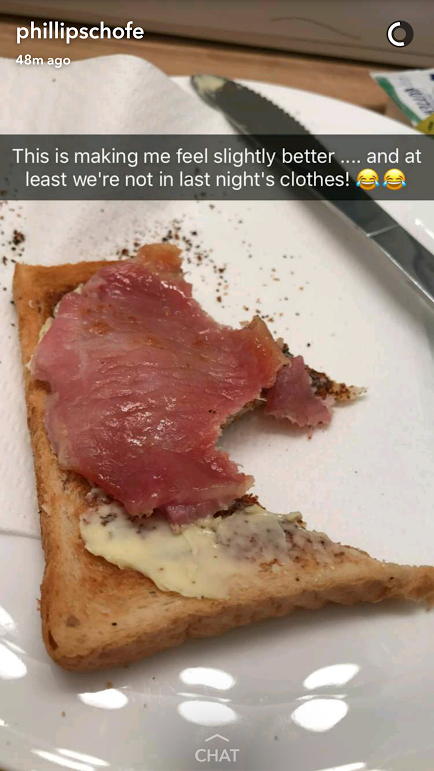 He also thanked everybody on Twitter and said that he wasn’t in the same clothes.

The hilarious pair were out celebrating until 4am last night.

The This Morning presenters won the award for the Best Live Magazine Show at the National Television Awards and it looked like the pair of them enjoyed themselves A LOT.

Phil looked dapper as ever in a black suit, black tie and he wore his winning smile too!

Collecting the award, they entire crew took a moment to commemorate their late co-star Denise Robertson, who sadly died last March after losing her battle with cancer.

“Obviously we shamed ourselves last year, we’re not going to do that again this year… We’re going to be getting tattoos!” 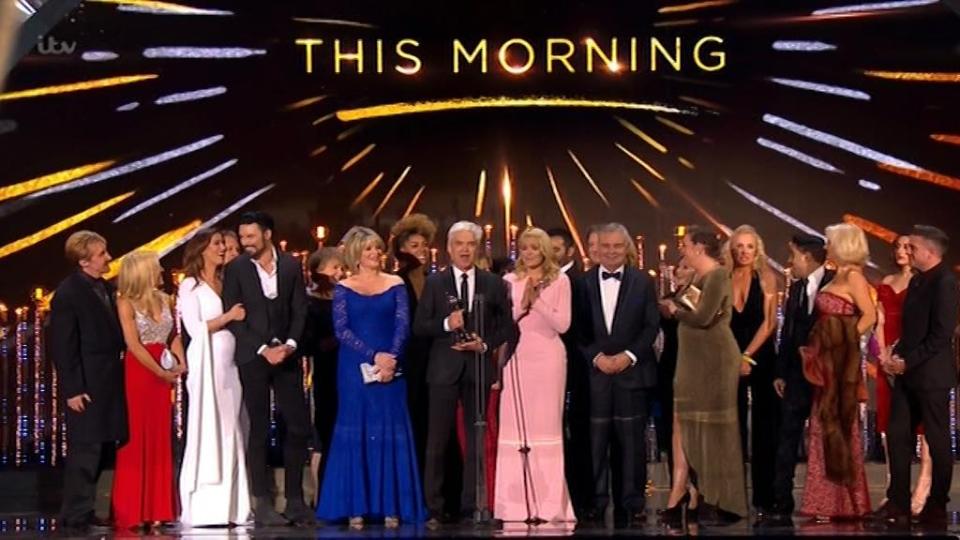 TATTS! Oh we would love it if they pair of them got matching ink.

He then said, looking at Holly: “This dress is going to look amazing with piccalilli all over it!” – referencing last year’s shenanigans when she was forced to present This Morning wear her gown from the night before!

Backstage Schofe couldn’t help but upload a photo of Holly with a a glass of champers in her hand and the award in another.

The silver fox simply captioned it: “She’s on her way”.

NTAs host Dermot O’Leary made the prediction that they would get a bit squiffy.

He jokingly told them that they had medics on hand in the form of the Casualty case in case things got out of control.

They were later papped saying goodbye to each other outside the after-party at Groucho nightclub JUST before 4am.

When Phil got home he posted his own picture to Instagram, showing he’d taken his award to bed with him!

He posted it with a “😊” emoji and probably passed out shortly after.

Last year they were hilariously on camera still drunk and Holly confessed to the This Morning audience that she hasn’t even been home yet.

“We blame you entirely for what is about to happen. We can only apologise because we’re not right,” said Holly.

“We’re in a proper mess,” added Phil. “Thank you so much for making this happen. Neither of us should be on the telly today!”