EastEnders: just who is Michelle’s stalker and is she in danger from him?

He's definitely not all he seems

EastEnders Michelle Fowler might be in trouble with new man, the mysterious Tom, who seems like the perfect gent, but actually has a dark side.

Michelle’s been getting herself all glammed up for her tube journeys to work – a little flick of the hair and a slick more mascara, and in Thursday’s episode her hard work paid off when she bumped into Tom again.

Read more: EastEnders Yolande Trueman to make a return – to reunite with Patrick?

She confidently asked him out for a drink and they arranged to meet in the Albert later on.

When Michelle arrived it turned out it was singles night – awkward. But she and Tom downed a few shots and got on brilliantly. Result.

And okay, sure, Michelle wasn’t exactly honest about why her marriage ended and she let him believe that her husband was the one who ran off with a younger model, but we’ve all told a little white lie or two on a first date.

The thing is, what we know and she doesn’t, is that Tom’s telling more than a few white lies to her too.

Firstly, we’ve already seen him standing outside her house, and he’s got creepy levels of secret photos of her on his phone, so he’s obviously been following her for one reason or another.

Then last night, as soon as he left Michelle at the end of their date, his nice guy act swiftly disappeared when a man accidentally bumped into him and said: “Sorry mate”.

“I’m not your mate,” Tom replied as he pushed the guy, overreacting more than a tad to what had happened.

He then turned around and walked off smiling like a Cheshire cat. What’s that all about?!

It’s all very, very odd behaviour, he’s clearly got a nasty temper, and something isn’t adding up.

So, is Michelle in danger? Let’s face it, she doesn’t have the best track record of picking men, does she?

Tom claims to be a widower who’s struggling to move on, but is he a widower because he lashed out and killed his wife?

And why has he homed in on Michelle? Does she look like his deceased spouse? Or is he somehow connected to her ex-husband Tim who paid him to get revenge for him?

What is his game? And just how much danger is Michelle in? 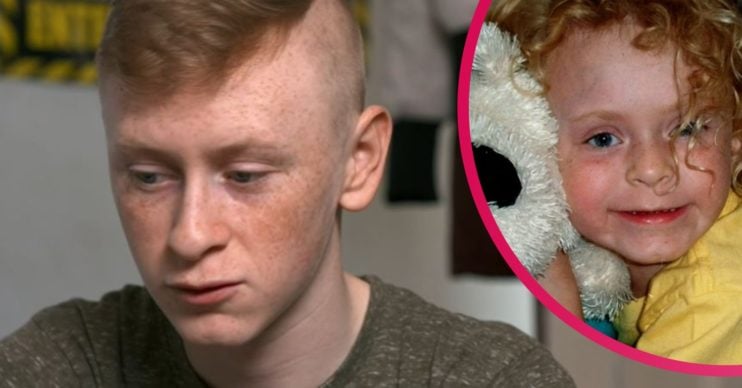