It has to be every performer's worst nightmare, forgetting their words in front of their audience.

And it became reality for Martin Bashir tonight as he forgot a bit of his song live on X Factor: Celebrity.

During his performance of Easy Like Sunday Morning, the journalist admitted: "I've forgotten my words - I do apologise."

It was left to the backing singers to fill in the blanks. Clearly crushed as the number ended, Martin told host Dermot O'Leary: "I'm not trying to make excuses but my song had to be changed very late.

"I was working on something else. I've been anxious all evening and it just went out of my mind I'm afraid. I apologise."

Simon Cowell told him: "I guess because I knew the story, things were likely to go wrong."

Martin has built up a loyal fan base throughout the series, and they supported him despite his fluff-up. 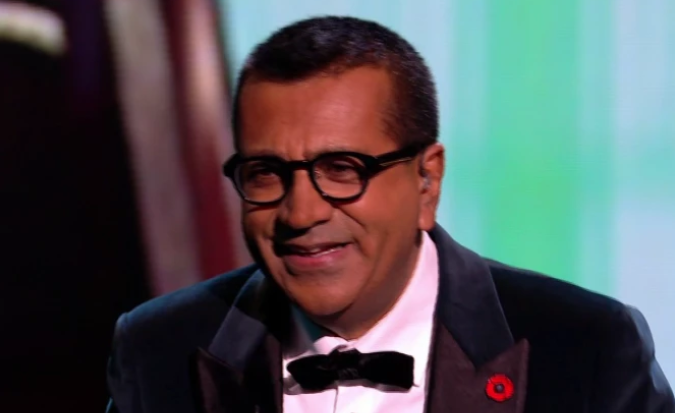 One wrote on Twitter: "Martin Bashir you are a legend even if you forgot your words!! Well done mate."

Another echoed that sentiment, writing: "Martin Bashir forgets his words & sings terribly but still one of the best performances of the series."

A third posted: "He tried his best and at least he didn't stop the song - I liked it."

A fourth asserted: "Giving all my votes to Martin Bashir and if he doesn’t get through I WANT TO SPEAK TO THE MANAGER."

Another supporter wrote: "It's not his fault that he had to learn a completely new song this morning and forgot his lines I'm voting for him.

Unfortunately, his fans' support wasn't enough to save him from being in the bottom three.

Victoria Ekanoye received the fewest votes from viewers so was sent home immediately.

Martin and Jonny Labey then faced the judges' votes. Simon Cowell refused to vote so the act with the second fewest votes - Jonny - got the boot.

Dermot O'Leary didn't seem impressed with Simon's decision not to, er, make a decision, stating it was agreed there was no deadlock on this series.

Some viewers raged about it...

One said: "Simon should’ve just had the balls to send martin home in the first place, he can’t just swap and change the rules to suit him.

Another wrote: "WTF is Simon playing at? He pissed me off for the 2nd week in the row now! He should have voted for Martin Bashir to go, not to take it to the public vote like a wimp!"

What did you think of tonight's show? Leave us a comment on our Facebook page @EntertainmentDailyFix and let us know!