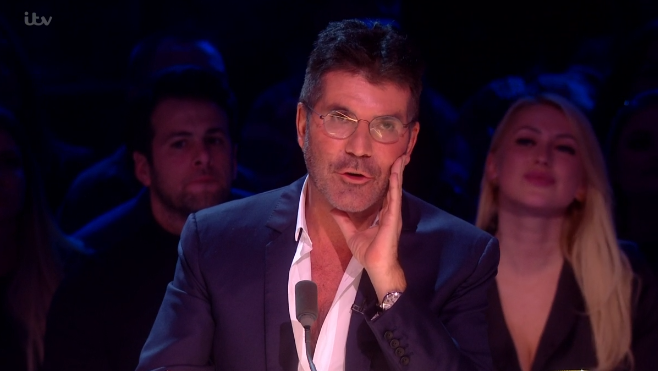 There was an ad break just SIX minutes in

Fans tuning into The X Factor: Celebrity tonight (Saturday November 16) have accused Simon Cowell of ‘making it up as he goes along’ as the format changed.

They were left fuming as the show aired its first ad break just SIX minutes into the start of the show.

Not only that, but the the safe seats have been axed.

AND the singing contest began with a guest performance from superstar Lizzo, rather than one of the actual acts performing.

The famous act usually comes on after all the contestants have performed to fill time while the voting takes place.

Despite wowing the crowd with her smash hit Good as Hell, some fans weren’t taken with Lizzo being at the start of the show.

But they were even more furious with the ad break, with many hitting out at the format overall.

Guest act first, followed by ad break? What the hell is going on with the format? 🤦‍♂️😂 #XFactorCelebrity

Already getting an ad break and none of the contestants have performed yet. Y’all…#XFactorCelebrity pic.twitter.com/pBpZRJtyGM

Why was poor old “special guest” @lizzo on in the first two minutes of @TheXFactor #XFactorCelebrity #XFactor when many people are still watching @bbcstrictly #Strictly? Aren’t special guests usually on during the voting break?

However, one aspect of the new format did go down well – the fact they’ve scrapped the safe seats.

Over the course of the series so far, each judge has been able to pick one of their acts to have a ‘safe’ pass through to the next week.

As it’s the quarter final, it was announced that that safety net is no more and it’s all down to votes now.

Simon revealed he had paid attention to social media and as it seemed the public didn’t like the safe seats, he’d got rid of them.

That news, at least, went down well – in the most part.

#XFactorCelebrity Glad the safe seats are gone. I’m still frustrated that #Olivia, #Jonny and #Victoria went so early. They kept saving Try Star, Jenny and Vince who, whilst entertaining, are clearly not recording artists.
Still rooting for the incredible #KevinMcHale @druidDUDE!

Though some viewers did feel it’s not fair to ditch them half way through the series.

so apparently now they’ve got rid of the safe seats a bit too late now isn’t it shouldn’t of had them in the first place. still gutted about no love lost getting sent home last week aswell #XFactorCelebrity

@XFactorXBGT #XFactorCelebrity #xfactor so the safe seats got removed. That should not be done part way through the competition. People that got saved previously may have got sent home well before the ones that did not get saved. So unfair to change the rules now. #disappointed

Some even accused Simon of just making the whole thing up as he goes along!

Simon really is just making this whole thing up as he goes along clearly right? Getting completely rid of the ‘Safe Seat’ just like that cos apparently the public absolutely hated them really? #XFactorCelebrity

The judges just seem to do/say whatever the hell they want, interrupting Dermot trying to present it. Also, Simon changing the rules/format every five minutes. #XFactorCelebrity