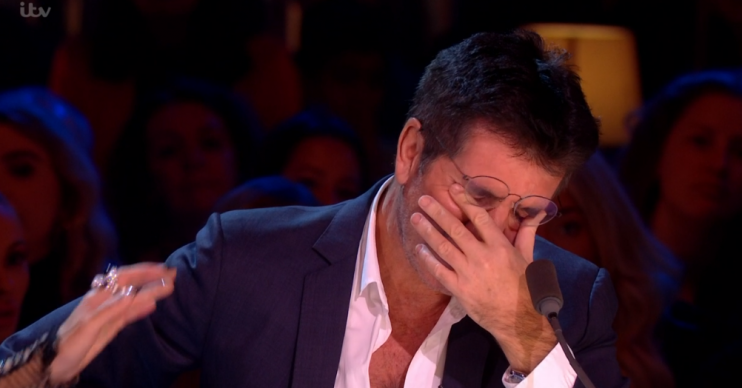 Simon Cowell comforted by partner Lauren as he breaks down in tears on X Factor: Celebrity

He was emotional over a charity song

Simon Cowell broke down on tonight’s X Factor: Celebrity over a music video for the stars’ Christmas single.

The celebrities recorded a festive single of Snow Patrol’s Run and all funds will be going to charity.

The music video was shown on tonight’s finale shortly before it was announced that Megan McKenna had won and Simon was overcome with emotion.

In the video, a young girl – who is visually impaired – was seen singing while using brialle.

The judges and stars were also seen meeting poorly children and spending time with them.

As the show returned to the studio, host Dermot O’Leary asked Simon what he thought.

The judge struggled to reply and covered his face with his hands as he broke down.

His partner Lauren Silverman got up out of her seat to comfort him as the judges also consoled him.

Later in the show, Dermot confirmed that Simon was okay and he announced Megan had won.

Megan said: “Thank you so much for everybody that has voted for me. I am living my dream and I can’t even explain how excited I am.

“Thank you so much, thank you.”

Viewers were over the moon.

One person said: “I literally jumped out of my chair I’m so happy for you @Megan_Mckenna_ I’m crying as if I won myself.”

A third added: “Well thats just made my night she is truly phenomenal #XFactorCelebrity #MeganMckenna.”