ITV has denied that No Love Lost were miming on Saturday night's The X Factor: Celebrity.

The group, made-up of four 2018 Love Island contestants, performed a revamped version of Charles & Eddie's hit Would I Lie To You.

But while they impressed the judges, some viewers at home thought the performance was too good to be true, and said the stars must have been miming. 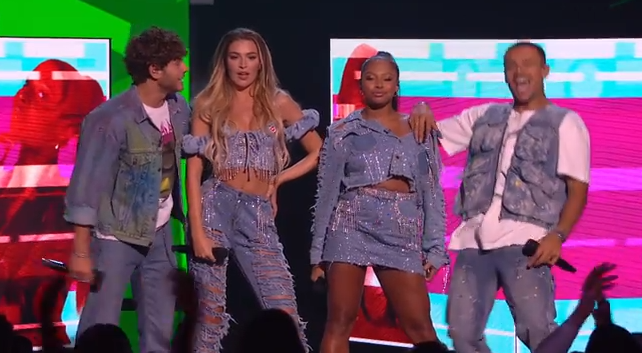 No Love Lost performed Would I Lie To You (Credit: ITV)

"Are No Love Lost miming ?" asked one.

All of the acts sang live on Saturday nights show.

"Why are the Love Island people miming?" asked another.

"Been watching this for five minutes and can already see that Love Island group are miming," added a third.

A fourth thought the group were "miming the chorus".

Wtf.... why are the love island people miming on #TheXFactorCelebrity

However, ITV has strongly denied that No Love Lost were miming.

A spokesperson for the show told ED!: "This is categorically not true. All of the acts sang live on Saturday night's show - as they always do, including No Love Lost."

They added that none of the acts are miming as "The X Factor: Celebrity is a singing competition."

A source close to the group, made up of Eyal Booker, Wes Nelson, Samira Mighty and Zara McDermott, said the foursome have been working hard to nail their vocals.

"No Love Lost put in a great performance and are looking forward to performing again next week.

"They've been working so hard with their vocals, and it's obviously working as Simon gave them a seat and they're through to the third live show!" they told ED! 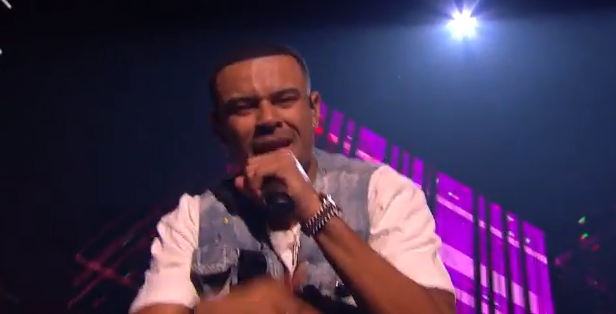 While the group had some haters on Twitter, there was also a lot of love for them over on Instagram."I think you're the best group, especially coming from Love Island, it's actually incredible," wrote one.

"Song is even better than week one, what a tune!!! Great job guys keep improving," wrote another, while others said they were "amazing" and "smashed it".

The Man.. The Legend 👌🏽 THANK YOU @simoncowell 💜 This competition means something massively special to us and we are SO GRATEFUL to be able to come back next week and smash it ⭐️

Simon Cowell agreed, saying he has been so impressed with the work ethic of the Love Islanders that he gave them the golden buzzer to return to next week's show.

Journalist Martin Bashir also survived to sing another week despite forgetting his lyrics, as Jonny Labey and Victoria Ekanoye were sent home.

What did you think of Saturday's show? Leave us a comment on our Facebook page @EntertainmentDailyFix and let us know!