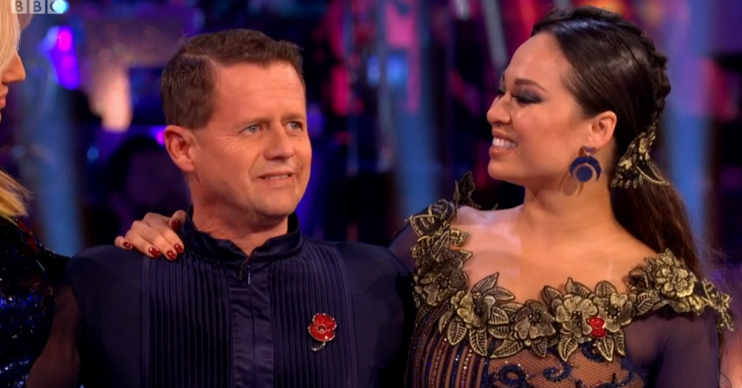 They weren't happy she was in the bottom two

Mike Bushell has denied reports he was relieved to be eliminated from Strictly Come Dancing this weekend.

The BBC Breakfast presenter was voted off alongside professional dancer Katya Jones by the judges following a dance-off against Michelle Visage and Giovanni Pernice.

It was said that Mike was beginning to struggle with the pressure of the show and was relieved his journey had come to an end.

A source told The Sun: “There’s no doubt Mike loves Strictly and working with Katya but he barely has anything left in the tank.

“It’s a fast-paced show which needs 100 per cent commitment and it was all starting to get a bit much.

It’s a fast-paced show which needs 100 per cent commitment and it was all starting to get a bit much.

“Going on for any longer was beginning to look a touch daunting as it’s so mentally and physically draining. So leaving at this stage was a relief. He never thought he’d get this far.”

However, a rep for Mike told us: “This is so far from the truth, it is a complete fabrication and without any foundation.  I’ve loved every second of my Strictly journey, it the best show ever and I was really hoping to be competing in Blackpool and beyond.

“I’m gutted to be out but at the same time wanted to leave with head held high and gracious in defeat.

“When I was eliminated I wanted to celebrate the journey I’d been on, and the fact that I’m so excited to be doing the tour shows that I want my Strictly journey to go on.”

During his time on the show, Mike had been on the receiving end of vicious trolling, which he called out this week in an interview with the Mirror.

He told the publication: “There’s been a few saying they’re not going to watch unless I resign but we don’t take any of that seriously. It’s ridiculous! It’s a fun show, we trust the judges.

“They’re the experts. All you can do is concentrate on your own dance, do your best and cheer everyone else on.”

One person wrote on Twitter: “How the [expletive] is Michelle in the dance off, another fix by the public.”

Another said: “[Expletive] fix having Michelle in the bottom 2. Whoever’s fixing this behind the scenes needs to be fired.”

A third tweeted: “Absolute fix @michellevisage!! Mike had to go so they put him up against you as you are an amazing dancer, you and Giovanni are the team who will win. Everyone is behind you queen love you both so much.”

After being saved, Michelle wrote on Twitter: “Annnnnnnd we made it to BLACKPOOL! Thank you SO VERY MUCH to the judges @shirleyballas @MOTSI_MABUSE @BrunoTonioli #craigrevelhorwood for putting us through in the dance off.

“I promise to keep putting ALL I have.”

Annnnnnnd we made it to BLACKPOOL! Thank you SO VERY MUCH to the judges @shirleyballas @MOTSI_MABUSE @BrunoTonioli #craigrevelhorwood for putting us through in the dance off. I promise to keep putting ALL I have… https://t.co/F7RFJJjoFF