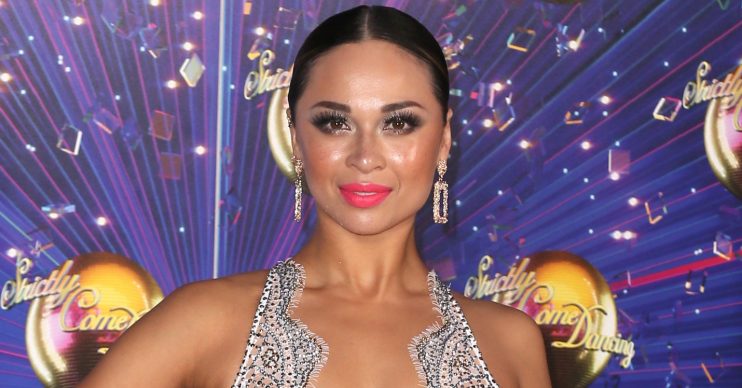 She wants to avoid negativity

Last weekend, Mike and his wife hit back at trolls after he and Katya were saved by the judges after a dance-off against Catherine Tyldesley and Johannes Radebe.

The BBC Breakfast presenter then revealed that he had received death threats, with one person telling him to withdraw from the competition or he’ll be a “dead man”.

Now, Katya said she’s taking a step back from social media and the negativity.

She told The Sun on Sunday: “I’m off social media; it’s not real. For me, it’s real what we’re doing with our dancing and performance.

There’s no need for negatives. I just want to do my own thing.

“There’s no need for negatives. I just want to do my own thing.”

It comes after Mike discussed the online abuse he’s been receiving after being saved on Strictly including the death threat from one troll.

Speaking to The Mirror at the Pride Of Britain Awards, Mike said: “It was personal and I thought WTF. There are bigger things in the world to worry about.

Just to say a massive well done to @mikebushellofficial , you’ve already made it to week 5 with your hard work,commitment enthusiasm but of course not without the support of all of you guys! Thank you so much! Let’s have fun tonight! And see what happens! #teambabushka #strictly #strictlycomedancing

“I get that people have their own favourite dancers but it’s an entertainment show at the end of the day and to get a death threat is ridiculous.

“My wife saw it first and when I went to see who had sent it, they had already removed the tweet. A death threat? What?! On Strictly?”

Last weekend, Mike defended himself against criticism after viewers were furious that he was saved over former Coronation Street star Catherine.

After one person told him to “retire” as he’s making a “mockery” on Twitter, Mike hit back: “All I do is put in 12 hour days with the amazing @Mrs_katjones.

“I am a 53-year-old dad and husband and enjoy music and haven’t ever learned to dance. I don’t pretend to be anything and am working my socks off to improve. I hate it when anyone goes and compete only vs myself.”

His wife also tweeted in support of her husband, saying: “Wow the abuse! Painful. We’re beyond gutted Catherine and Johannes have left but Mike danced well and deserves his spot.

“As a viewer since the start I get opinion but this level of abuse is shocking. He’s just a contestant and giving his all!”