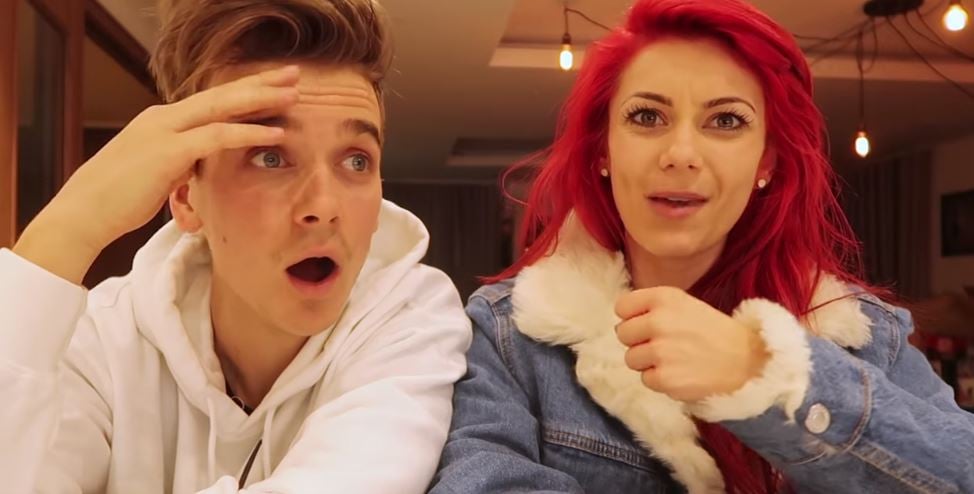 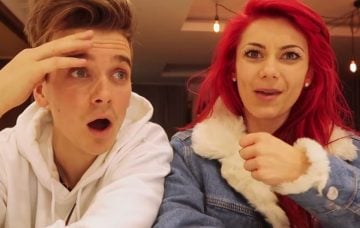 They have hit back!

Strictly Come Dancing’s Joe Sugg and Dianne Buswell have denied they kissed at the show’s after-party in Blackpool!

After the cast worked so hard at the live shows in Blackpool at the weekend, they were rewarded with a glitzy bash, where things apparently turned wild.

A source told The Sun online that vlogger Joe, 27, and his professional dance partner Dianne, 29, were seen kissing during the night’s celebrations. The pair were also pictured doing shots together.

However, The Metro has confirmed that the claims about them kissing are false.

The source said the cast’s partying went on until the early hours, claiming: “It was carnage. They really hit it hard and obviously had an amazing night – but people nearby were livid.

“The Strictly lot were shouting and hollering in the smoking area.

“And with the booming music locals were less than impressed.”

It’s not the first time romance rumours between them have been shot down.

It comes after hearsay began swirling last month that the Strictly pair were more than friends, shortly after Dianne split from her Emmerdale boyfriend Anthony Quinlan after 10 months of dating.

However, Joe and Dianne made light of the gossip.

Last month, after they were spotted heading into Joe’s London home, he took to his YouTube channel to address the talk.

While Australian dancer Dianne chimed in with: “It must mean that. Hello, boyfriend.”

Joe has heaped praise on his pro partner as they continue to do well in the competition. They have even affectionately named themselves “Joanne”!

Yesterday the social media star shared a gushing message on his Instagram page, which read: “So grateful to be given the opportunity to dance at this beautiful venue with the beautiful @diannebuswell thanks so much everyone for all your support and luck it never goes un noticed”.

Do you think Joe and Dianne would make a good couple? Leave us a comment on our Facebook page @EntertainmentDailyFix and let us know what you think.