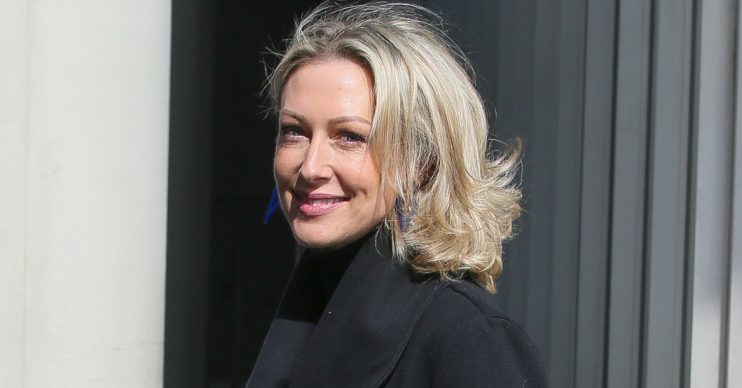 Singer and former Strictly Come Dancing star Faye Tozer has opened up about her mum battling cancer while she was on the hit BBC dancing competition.

The Steps star, 43, said she decided not to speak about Dorothy’s illness at the time because she didn’t want people to “feel sorry for her”, as it was her mum’s fight, not hers.

While Faye was training for the 2018 series of Strictly with pro partner Giovanni Pernice, her mum was undergoing treatment for breast cancer.

Speaking to HELLO! magazine, Faye said knowing about her mum’s illness “kept everything in perspective” and meant that, if she felt she was having a rubbish day, she would remind herself that Dorothy was going through “so much more”.

She told the publication, when asked about the decision not to speak about the cancer diagnosis until today: “It was Mum’s journey, not mine. I didn’t want people to feel sorry for me or ask how I was because it wasn’t about me. I wanted to get on with the job, and Mum wanted that as well. She was so incredibly positive.”

Dorothy was diagnosed in April 2018, following which she had a mastectomy along with treatment including chemotherapy and radiotherapy.

Faye revealed how she would give her mum much-needed boosts by updating her on her Strictly experience, telling HELLO: “I would send her photos of the costumes. And every week I sent Mum a video of me and Giovanni rehearsing, so she could watch the progress we’d made on the Saturday night. I’d always phone and say, ‘Mum, how are we doing?'”

“She was still so supportive even though she was going through so much. I think we all just kept going, and it wasn’t until afterwards that it really sunk in.”

Speaking further, Faye said getting to be part of Strictly was “a dream” and counted as a “life goal ticked.”

Leave us a comment on our Facebooknpage @EntertainmentDailyFix and let us know what you think of this story.