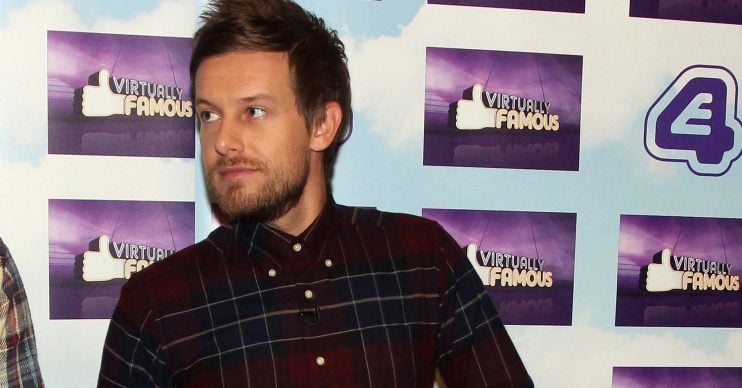 The comedian was given a shock

Comedian Chris Ramsey was once arrested in the middle of the night in his underwear after police mistook him for someone else.

The star, who has recently been confirmed for Strictly Come Dancing, was accidentally detained three years ago over a case of mistaken identity.

The funnyman revealed police burst into his hotel room when he was on tour in 2016, after a guest threatened staff with a knife. He was then arrested and taken from his room as he yelled: “But I’m in my kegs.”

The Geordie star shared the bizarre story on Twitter at the time.

His first tweet read: “Well… The police have definitely just kicked my hotel door in and handcuffed me.”

He added: “Hotel staff ID’d me as someone who had been in the hotel earlier threatening staff with a knife. So when I checked in just now they called the police and sent them up to my room! I kept asking, ‘Is this a joke?’ When he said ‘no come with us’ police put the handcuffs on me and began to march me out of the room when I shouted, ‘But I’m in my kegs’.

“I love the idea that someone who was in earlier threatening staff with a knife, would then check in later for a kip!!”

At the time, a Met Police spokesman confirmed officers were called to deal with a man who was threatening hotel staff with a knife. A spokesman said police returned to the hotel after midnight when they mistakenly arrested and then released Chris.

Chris, 32, is married to wife Rosie Ramsey and they have a young son called Robin.

Read more: Strictly Come Dancing: How old is Chris Ramsey and is he married?

After such an ordeal, there probably won’t be much that can surprise Chris on Strictly, although, he has admitted he is “terrified” to hit the dancefloor.

He can handle a heckle but how about a fleckerl? Comedian @IAmChrisRamsey is our second #Strictly celebrity of 2019!

He said: “I’m both excited and absolutely terrified to be doing the show. You will not find me on the dance floor at parties, you will find me at the buffet table. All night. At my wedding I danced with my wife; that one song took about six months practice, and I definitely stood on her feet a couple of times.

“So I’m looking forward to the possibility of making a fool of myself in front of millions of people…there better be a buffet after the live shows.”

Are you looking forward to the new series of Strictly? Head to our Facebook page @EntertainmentDailyFixand let us know what you think.