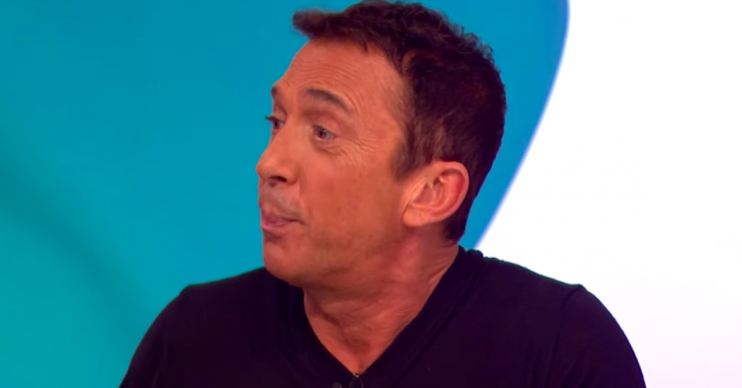 Any Speedos fans out there?

He might be a bit late to the party, but he sure knows how to make an impression.

Next to the video – which sees the 63-year-old dancer attempt to kick off a bottle lid – Bruno wrote: “A bit late to the party 🎉 #waterbottlechallenge 😂 #anyagespeedochallenge.”

His 183k followers went mad for the hilarious – and actually totally sexy – video, with one commenting: “Oh Bruno 👏👏.”

Another avid fan wrote: “Budgie smugglers 👍🏻👍🏻😂😂 love ’em.” A third laughed: “Any excuse to bounce around in those speedos 😘😘.” A fourth told him: “Awesome job @brunotonioliofficial . Btw u lookin’ hot.”

Others were slightly less enthused about the whole thing, with one viewer commenting simply: “Scarred 😩.” A second wrote: “Cannot. Unsee. 😉😄.” While a third moaned: “Things you didn’t need to see today.”

A few were also a little suspicious, accusing Bruno of faking it. One comment read: “So funny 🤣 the lid popped off before you got there 🤣🤣🤣👌.” Another added: “I’m sorry, but that was so fake, lol, 🤣🤣.”

A third wrote: “😂😂😂 cheatttttttttttt 🤪.” And one more accused: “Whoever is holding the bottle squeezed it so the lid popped off but good effort 😍😂.”

Double tap if you worked out today. I hate it but I always feel so much better afterwards…This year I am committing to do something at least 4 times a week, anyone else sticking to their new year healthy resolutions? #muscle #chestandbiceps #60

For the uninitiated, Bruno is a big fan of wearing tiny pants.

Last year the Italian choreographer revealed that he’s been hitting the gym regularly to stay in such good shape in his sixties.

He told the Daily Star his sessions include hundreds of sit-ups and press-ups, as well as pumping iron. He said: “I have to start my day with this workout as I am getting older and rounder.”

We’ll get to see a hopefully-slightly-more-dressed Bruno later in the year when he returns to the BBC dance show alongside judges Craig Revel Horwood and Shirley Ballas. It follows the news that Darcey Bussell had quit the panel after seven years on the show.

This whole thing could not be MORE Bruno. Never change, please, sir.

Did you enjoy this video or, er, not? Leave us a comment on our Facebook page @EntertainmentDailyFix and let us know what you think.