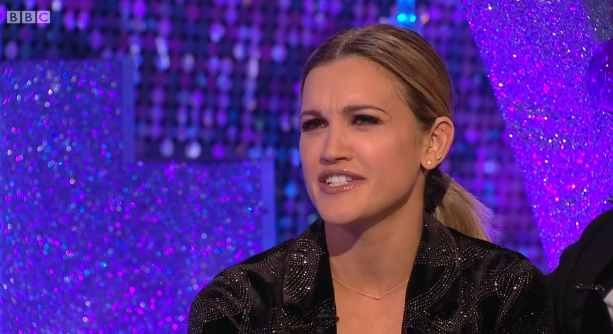 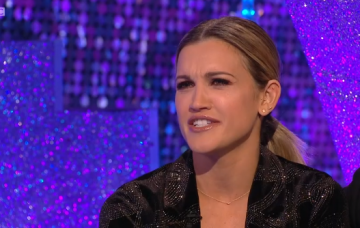 Strictly Come Dancing’s Ashley Roberts has said she mentally prepared herself to be in the dance-off again before last weekend’s show.

The Pussycat Dolls star ended up competing for her place for the third week in a row, despite earning a perfect score of 40 with her American smooth.

Speaking on Strictly spin-off It Takes Two, she said: “I mentally prepared myself just in case because being in the bottom two twice in a row, I think you have to do that.

“I obviously wanted to make it through to the final and we had to battle to do that. It’s not a good feeling.

“I just looked at [Pasha Kovalev] and said: ‘Hey look, we’ve just got to go out there and enjoy ourselves.'”

Roberts, 37, and professional partner Kovalev claimed the only perfect score of the night, impressing the judges with their second dance, which was filled with dramatic lifts that Bruno Tonioli described as “out of this world”.

Shirley Ballas described the routine as “absolutely stunning on every level” and Craig Revel Horwood could only clap in response to the dance.

The pair achieved a total of 76 but still ended up in the dance-off after the public vote was taken into account.

Earlier in the BBC 2 programme, professional dancer Neil Jones had defended Roberts, addressing claims that she has an unfair advantage over the other celebrities because of her background in dance.

Speaking to host Zoe Ball, he said: “I know everyone turns around each week and say that she’s a dancer but she’s never danced Latin and ballroom.

Who would you like to see win Strictly this year? Leave us a comment on our Facebook page @EntertainmentDailyFix and let us know what you think.