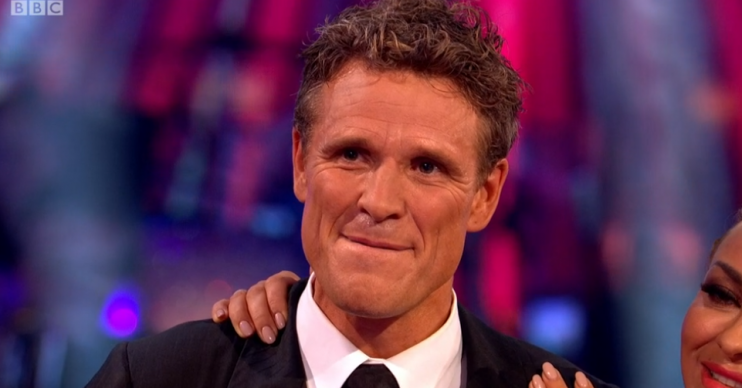 He did his first performance on Saturday night

The Olympic rowing legend said fatigue triggers him to have fits and fears the intensive training will affect his condition.

Despite his fears, James added that he doesn’t want to worry his professional dance partner Luba Mushtuk.

Speaking to The Sun, James said: “Some people get epilepsy from strobe lighting but not me. I don’t want to worry Luba but mine is set off by fatigue.

“When I’ve had a seizure it’s been because of not sleeping. Epilepsy comes with a bit of a stigma. One of the drawbacks is that it’s a hidden disability. I think it’s important for anyone who has a profile to get other people to understand it.”

However, James said he doesn’t want “anything negative” to impact his time on the show.

He said: “Doing a show that a quarter of the country watches, you’re always going to lose the right to moan about anything that’s written about you. I guess the people you are close to, they know the truth.”

James said he’s “aware that there’s a massive team doing the show and I don’t want anything negative to be brought on to the show which might affect the show or Luba or anything”.

The star took to the dance floor on Saturday night for his first performance with Luba.

But his tango routine didn’t impress the judges – who urged him to entertain more and improve his posture – and he bagged a collective score of 11.

After James and Luba ended up at the bottom of the leaderboard, fans took to Twitter to defend him.

Many bought up the head injury James suffered in July 2010 when he was hit from behind by a petrol tanker while he was attempting a challenge to cycle, run, row and swim from Los Angeles to New York in 18 days.

One person said: “Not usually a Strictly fan (I leave that to my wife and kids)but I enjoyed it last night. Some great dancing! Didn’t realise the back story to James Cracknell until I read about it this morning. I’m going to use this to inspire the children. Bravery, determination and never giving up.”

Another added: “After suffering a serious frontal lobe injury affecting his ability to show emotions, I think James Cracknell did incredibly well tonight.”