He may have come second on Strictly Come Dancing, but Joe Sugg has apparently WON every single show on the Strictly Live Tour.

It's reportedly led some tour insiders to cry "fix", suggesting the YouTuber may have an unfair advantage thanks to his millions of fans secretly voting from home. 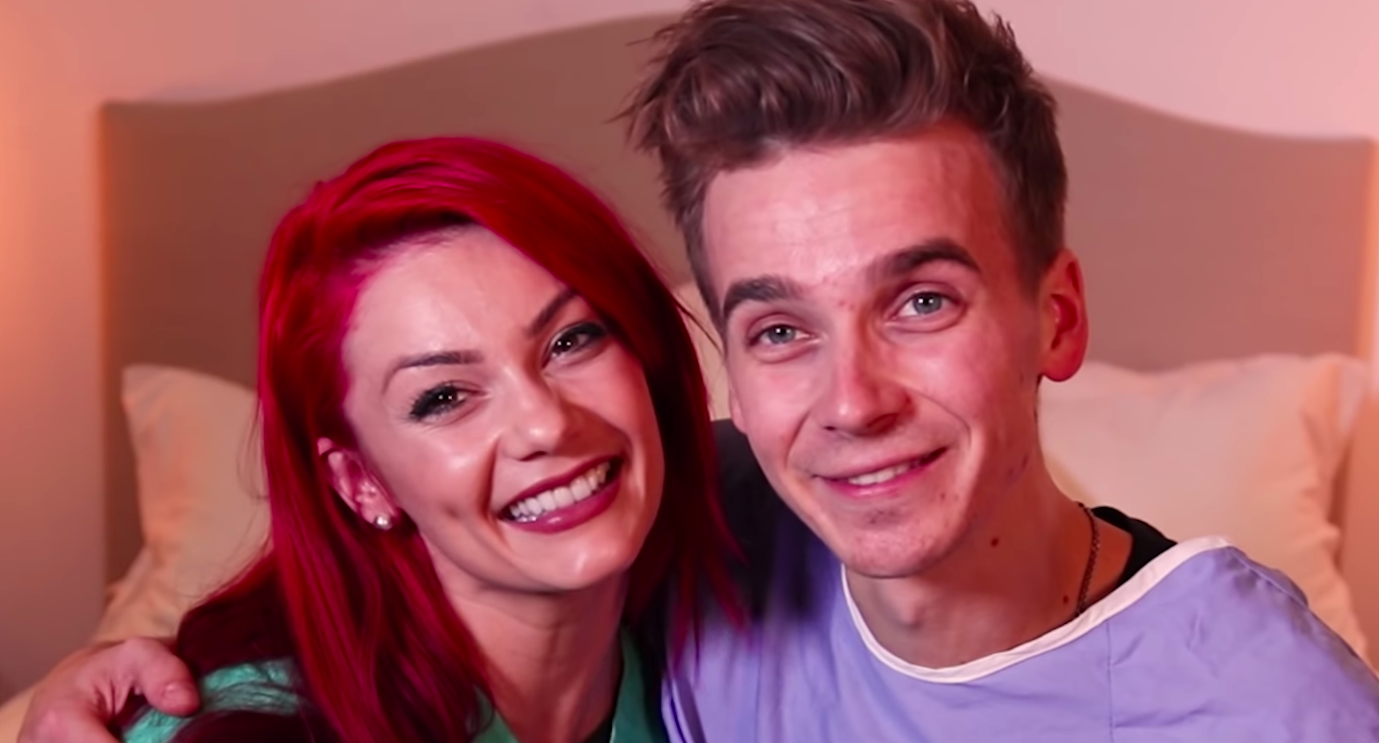 The Strictly tour sees the audience on the night vote by text and - in theory - texts from outside the arena shouldn't count.

Other celebs are confused how Joe keeps winning by a mile.

But an insider on the tour suggests Joe - who has 8.2million subscribers on YouTube and whose videos have been watched 1.2 BILLION times - might be getting outside help.

A source told The Sun: "Other celebs are confused how Joe keeps winning by a mile, as Stacey got the most votes for the TV final. 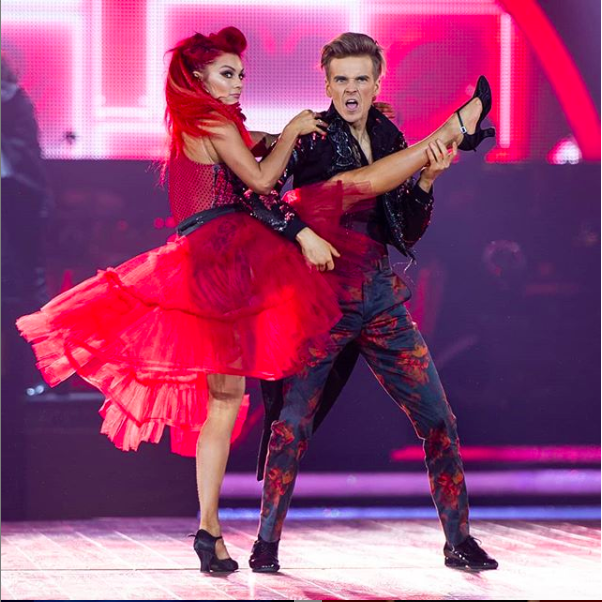 Joe and Dianne have won the vote at every tour performance (Credit: strictlycomedancinglive Instagram)

"They are talking backstage about how easy it must be for outside texts to get into the vote, as voters need not give a seat or ticket number."

The report also quotes another source that insists: "There are systems which prevent external votes being included." 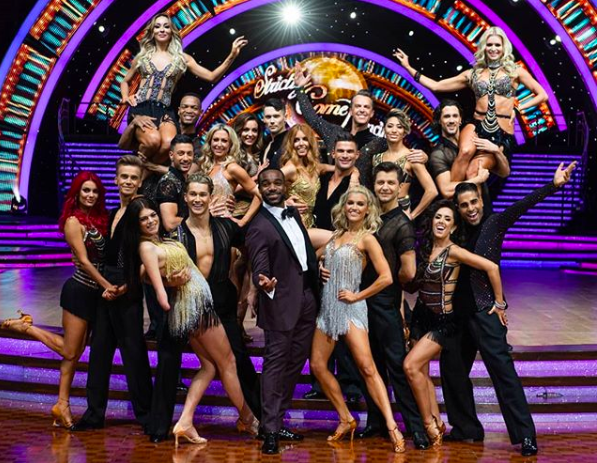 The rest of the dancers have reportedly been speculating on why they keep winning (Credit: strictlycomedancinglive Instagram)

Joe, 27 - who is dancing with his new girlfriend, Dianne Buswell - has won all 20 shows so far, despite presenter Stacey Dooley taking home the Glitterball trophy after the BBC show ended in December.

Despite these claims, Joe says he's, "Having the time of my life" on the tour, which ends on Sunday. 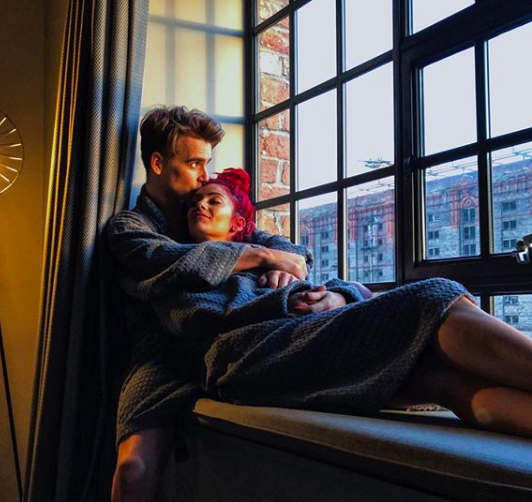 He recently shared a picture with Dianne, 29 on Instagram, writing: "Having the time of my life ☺️ Birmingham you have been amazing ❤️ you’ve been alright too @diannebuswell 👍🏼😂."

The entertainer also added, beside another PDA-y picture, last week: "Making memories with this girl."

The pair went public with their much-rumoured romance after the final of the BBC dance show. 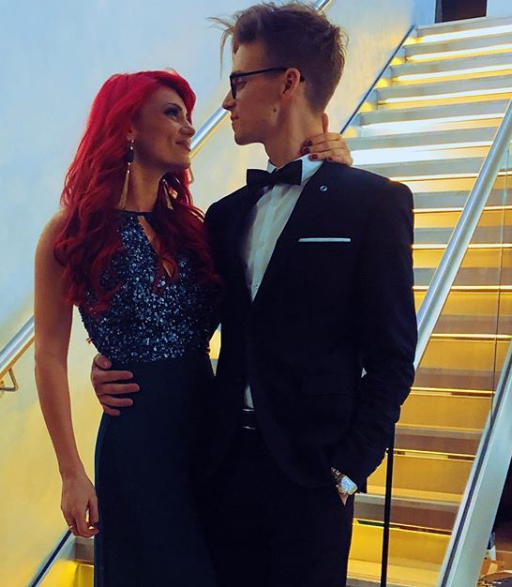 They've gone from strength to strength since then, sharing a series of videos from a night out together on Monday.

In fact, they're so in love, that a report last week claimed they'd had to move hotels after "realising everyone on the tour was getting sick of their non-stop snogging". 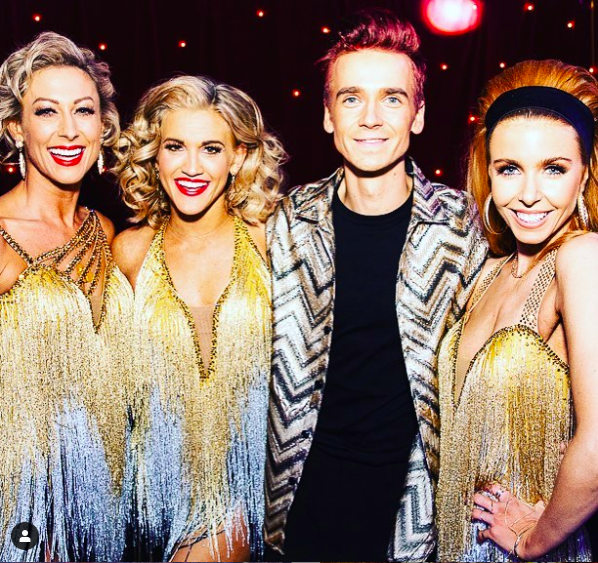 They reportedly left the tour's pre-paid accommodation at the Hilton Hotel and booked themselves a room in the £450-per-night five-star hotel Titanic instead.

A source told The Sun: "Joe and Dianne were reeling after realising everyone on the tour was getting sick of their non-stop snogging.

"It’s caused some ill feeling between them and the others and it can’t be laughed off as a joke anymore. 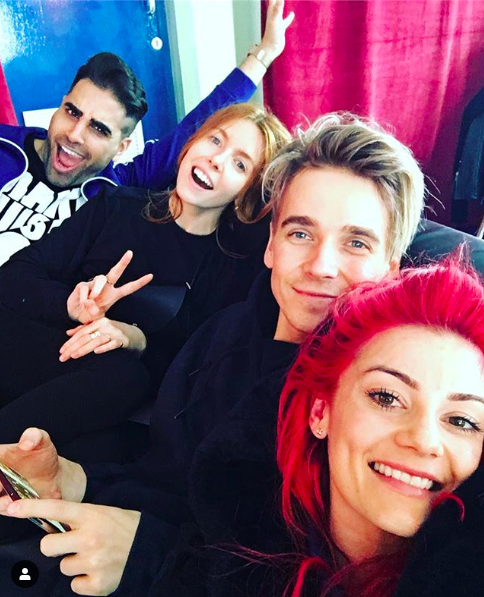 Reports claimed the other contestants were getting sick of their snogging (Credit: joe_sugg Instagram)

"It can be gruelling living inside each other’s pockets all the time so, when they reached Liverpool, Joe and Dianne shocked everyone by saying they’d made their own plans."

What do you think of these allegations? Leave us a comment on our Facebook page @EntertainmentDailyFix and let us know what you think.