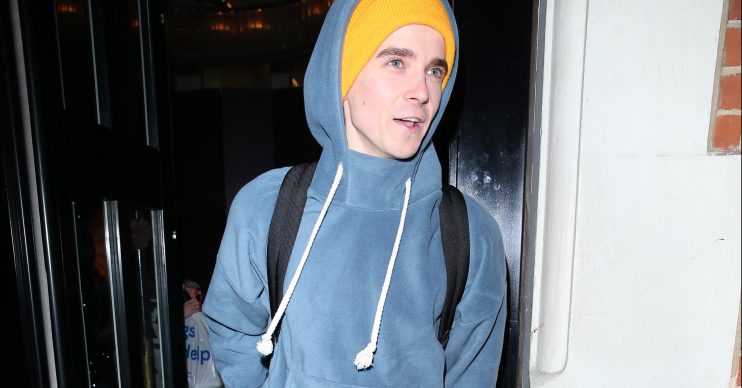 He can't wait to get back to the show

Joe Sugg is returning to Strictly Come Dancing as host of the Official Podcast with Kim Winston.

The 27-year-old YouTuber, who was a runner-up on last year’s series with his girlfriend and professional dancer Dianne Buswell, will be dishing out all the latest gossip on the twice-weekly BBC Sounds podcast from backstage alongside the head of the dance team, Kim, who has worked on the show since 2009, when she started as a researcher to the late co-host Sir Bruce Forsyth.

On landing the gig, Joe said: “I am really excited to be continuing my Strictly experience this year by hosting the podcast.

“The best laughs happen backstage, so I can’t wait to share these special moments with the fans at home.”

Kim added: “I have worked behind the scenes on Strictly Come Dancing for the past 10 years and am absolutely delighted to be hosting the podcast alongside Strictly superstar Joe.

“We’ll be taking the listeners backstage twice a week to hear all the goss from the studio and training rooms, making it the ultimate addition to the show.”

Paul Hembury, Executive Producer, TalentWorks, BBC Studios, added: “I am thrilled to welcome Joe and Kim to host the podcast this year.

“Joe’s Strictly journey last year captivated the nation and his energy matched with Kim’s encyclopaedic knowledge of the show makes them the perfect match.

“It will be a must for Strictly fans.”

There will be a total of 30 episodes, mainly published on Sundays and Thursdays, with the addition of the Christmas special and 2020 ‘Strictly’ tour and more.

The ballroom and Latin show itself returns to BBC One on September 7.

The 2019 shows will once again be hosted by Tess Daly and Claudia Winkleman as they welcome the celebrities and their partners to the floor each week.

Fans can listen to The Strictly Come Dancing Podcast on BBC Sounds by downloading the free app, or visiting bbc.co.uk/sounds

Are you excited about SCD’s return? Leave us a comment on our Facebook page @EntertainmentDailyFix and let us know what you think!