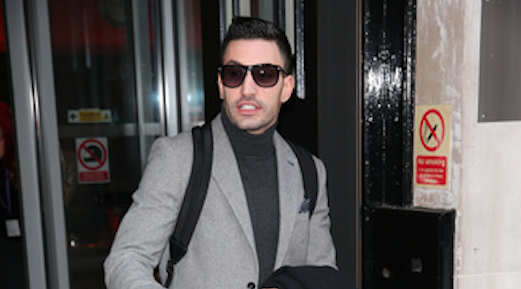 The Italian dancer, 29, was seen chilling with his girlfriend, ex-Strictly contestant Ashley Roberts, watching the first episode of the 2019 run from the comfort of a living room.

Ashley had uploaded a video to her Instastories, which showed Giovanni – last year’s runner up – sitting on the sofa watching the pre-recorded programme.

And when they saw footage of Gio meet his partner for this series – RuPaul Drag Race’s Michelle Visage – Ashley squealed in delight and Giovanni cheered and punched the air.

Only yesterday (Saturday September 7) it was revealed that Giovanni had been attacked by muggers.

Reports said he had been left “absolutely terrified” after being attacked with a noxious substance.

The star was reported to have been left shaken after he was sprayed in the eyes with a substance in Epping, Essex.

It is believed he had his watch and rucksack stolen during the attack.

A source is reported to have told The Sun: “His first thought was that it was an acid attack – because of the burning in his eyes.

Our #Strictly stars are all paired up and ready to face the competition! pic.twitter.com/m38mmhpcmV

BBC execs spoke out after it was claimed the new 15 famous faces were allowed to choose their dancers long before last night’s launch show aired.

It had been alleged in a Sunday newspaper that dance pro selections had been based on who the celebs thought would take them the furthest in the competition.