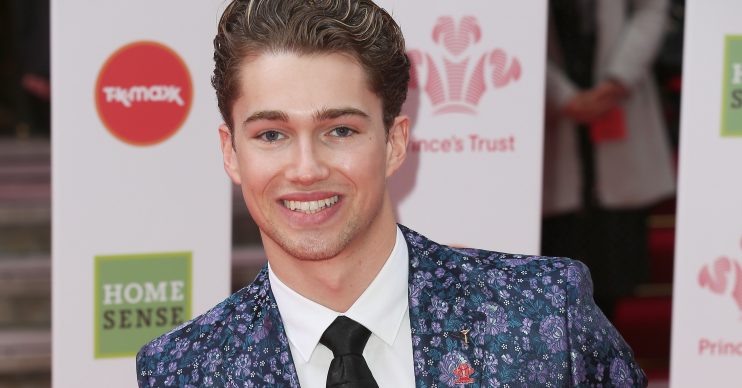 The Pritchard brothers are off the menu...

AJ Pritchard has finally gone public with his girlfriend Abbie Quinnen and shared a photo of her to officially confirm their romance.

The professional Strictly Come Dancing star had revealed he was dating Abbie in an exclusive OK! magazine interview.

But the 24-year-old had not shared any photos of them as a couple online – until now.

He posted a sweet photograph of himself and fellow performer Abbie clutching hands and looking very loved-up to his Instagram from their holiday in Crete.

AJ captioned the photo: “Feeling HAPPY, AJ,” to his 429,000 followers, while Abbie also shared the image, giving it the caption “making memories”.

The photo delighted AJ’s fans who were quick to comment.

One called it a “beautiful photo”, another wrote: “Omg, you are beautiful. Lucky lady,” while a third said: “Awwww what a lovely couple.”

“I’m currently seeing another dancer [Abbie Quinnen] but it’s very early days,” AJ had told OK! magazine as he had opened up on the romance.

He added: “I’m working constantly so I don’t get to see her too often, but I’m very happy.”

A source recently revealed the dancer couple had been “dating for a while now”.

The insider told The Sun: “AJ fell for Abbie the moment he saw her and they’ve been dating for a while now.

“It’s very early days between them but their friends think they make a perfect pairing.”

“They’ve been on a number of low key dates and were seen being very tactile with each other at a couple of parties during the tour.”

AJ is not the only Pritchard to find love. The star’s brother Curtis is currently flirting up a storm in Love Island with Maura Higgins.

Last night the couple took to bed with viewers convinced they were embroiled in a sex act before being disturbed by fellow Love Islanders.

Will this be a race down the aisle?

Leave us a comment on our Facebook page @EntertainmentDailyFix and let us know what you think of this story?