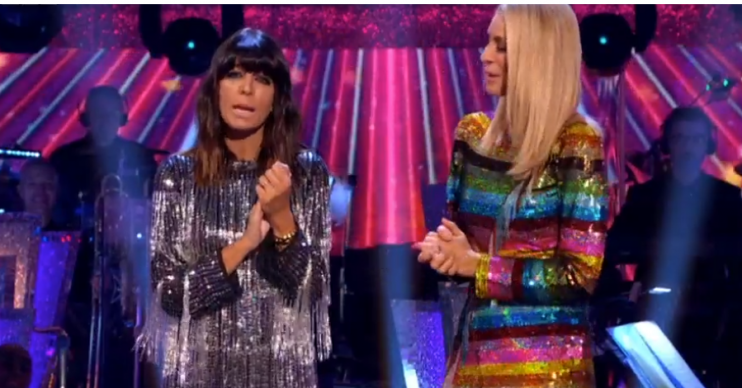 Some fans demanded the elimination be cancelled

Fans of Strictly Come Dancing were in uproar last night as voting opened after the quarter-final show.

Viewers opting to cast their vote online were unable to do so as the show closed at 8.10pm.

The BBC website said, ‘The vote is not open yet, please come back later.’ It added that voting would close at 8.40pm and that each registered user was allowed a maximum of three votes.

However, when some viewers were finally able to cast votes they were told they had reached their maximum after just one, or before even voting at all.

One wrote: “Online voting not working!! Saying I’ve voted when I haven’t!! Need to vote for @IAmChrisRamsey #Strictly.”

Another said: “Ummm @bbcstrictly what’s up with your online vote it went from being closed to saying I’d already reached my limit. FIX IT PLEASE #strictly #voting #fix.”

Read more: Viewers angry Kelvin was not award the first 40

The show announced on its Twitter page and that the voting deadline would be extended until 9pm from the original 8.40pm.

We are aware that there were some technical problems with the online vote this evening and apologise for that. The online vote is now working and voting will remain open until 9pm. #Strictly.

But this didn’t satisfy many viewers with some calling for this week’s vote to be null and void.

Only just seen this so missed out this week. Don’t think anyone can go out as how do we know that the voting system has worked properly #Strictly

@bbcstrictly do the decent thing & DON’T eliminate anyone today.
Voting is a farce – website down initially, then allowed some people multiple extra votes.
You’re 1 couple down anyway since Will left so just have all 5 in the semi! #Strictly Would avoid the conspiracy theories!

Hey @bbcstrictly you have to void this week’s vote! Online voting isn’t working properly and it’s not fair on all the contestants. Please cancel the dance off and send all 5 couples through to the semi-finals! #scd #SCD2019 #strictly pic.twitter.com/jw6f0i1NYV