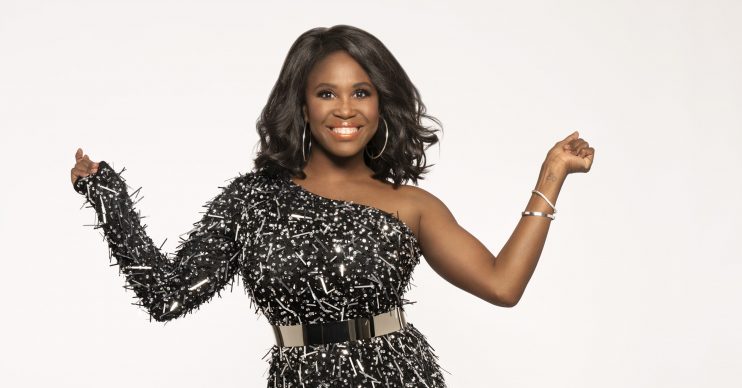 Motsi has replaced Darcey Bussell on the BBC show

Surprise Strictly Come Dancing judge Motsi Mabuse has insisted she will judge sister Oti fairly when the show kicks off on September 7 on BBC One.

Motsi, who has replaced Darcey Bussell on the hit series, has said there will be no favouritism and will be just as harsh with Oti as she will be with the other dancers and their celebrity partners.

According to reports, Motsi’s position on the panel ruffled feathers among the pro dancers, who are said to have feared it would lead to biased scoring.

But silencing any concerns, she said: “One of the main points everywhere in my life is fairness.”

Motsi, 38, added to The Sun: “Coming from South Africa and being treated unfairly all your life because of your skin colour, that’s been a huge point.”

The new judge went on: “I really need to be fair and she’ll get what everybody else is getting.

Of course it wouldn’t be the first time Motsi has worked with her sister on a talent show. In 2015, Motsi also judged Oti on Let’s Dance, the German version of Strictly.

Speaking about what she plans to bring to the show alongside judges Craig Revel Horwood, Bruno Tonioli and Shirley Ballas, Motsi said: “It’s very important that I bring my kind of energy.

“I’m really, really glad that Strictly decided to take something completely different and I just want to have fun. I’ve been watching from afar and now I’m in there,” she said.

It comes after Motsi apologised for calling Blackpool “ugly” at the launch party.

She first visited the seaside resort in 1988 and wrote in her autobiography: “Every dancer knows the town, which is the ugliest that I had ever seen.”

However, at the recent Strictly launch, Motsi begged for forgiveness as the town will host the show’s special episode later in the series.

The dancer said: “Oh come on guys give a girl a break! It was 20 years ago I was young and innocent.

“Blackpool is absolutely huge in Strictly but when you come from South Africa and you have your first impressions and you arrive in Blackpool, well it’s different.

“But what I’ll also say, if you walk into the ballroom it’s absolutely spectacular,” the star went on to add.