Motsi Mabuse was so overcome by Will Bayley and Janette Manrara's emotional performance on Strictly Come Dancing tonight she was unable to judge.

As Tess Daly moved to her for her opinions, she broke down in tears.

Will went over to console her as she continued to sob. 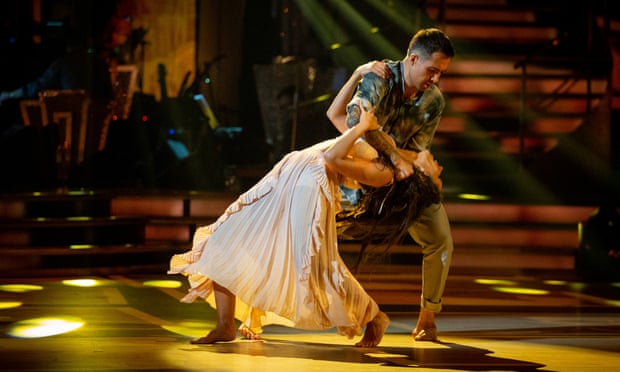 Will and Janette moved people to tears (Credit: BBC)

He and Janette performed the third Couple’s Choice routine of the series, opting for the contemporary style.

Ahead of the dance, the VT told how Will was born with arthrogryposis, then diagnosed with cancer aged seven.

He visited Great Ormond Street and dedicated the routine to them.

There were plenty of dewy eyes at home, too, judging by Twitter.

I think all of the UK is the same as @MOTSI_MABUSE right now. Wow. #scd #strictly #StrictlyComeDancing 😥😥

I think all of the UK is the same as Motsi Mabuse right now.

Many feared her amazing eye make-up would be damaged by the tears...

Not going to lie I was worried about @MOTSI_MABUSE’s insane eye make up then. Too emotional. #scd #bbcstrictly

Were you reaching for the tissues? Leave us a comment on our Facebook page @EntertainmentDailyFix and let us know what you thought of tonight's show.