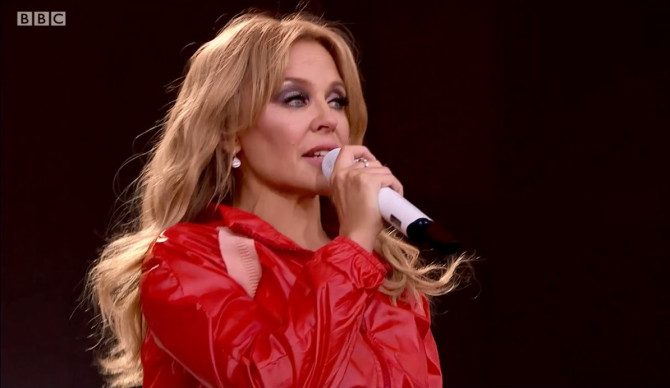 Mark Ronson will also get the party started

Kylie Minogue will open this year’s Strictly Come Dancing launch show, it has been reported.

The Locomotion hit maker will take to the stage to perform a mix of her hits – although her set list is not yet known – to beautiful routines choreographed by the professionals before viewers find out who the celebrities have been paired with.

As well as sussing out the talent on this year’s series, the judges will also take to the dance floor to perform an unmissable group number with the professionals.

The 2019 shows will once again be hosted by Tess Daly and Claudia Winkleman as they welcome the celebrities and their partners to the floor each week.

There will be a new dynamic on the programme this time around as Dame Darcey Bussell will no longer be on the panel and, instead, Motsi will take her seat.

Former head judge Len Goodman – who quit the programme in 2016 – recently said that Motsi may have a hard time winning over the public as she is the sister of Strictly professional Oti Mabuse and people may accuse her of being biased.

The 75-year-old dancer said: “That’s going to be the hardest thing for Motsi. Can you imagine if Oti is in the final two in the dance-off?

“Whatever decision she makes Motsi will get criticism. If she puts Oti through then people will say she’s doing her sister a favour.

“If she votes her off they will say she didn’t want to be seen to be keeping it in the family.

“I’ve been in a similar situation when I’ve had to judge pupils or former pupils in dancing competitions.

“All you can do is make the decision based on what you see and try to act with integrity.

“I’m sure Motsi will do that and if that means having to vote Oti off then that’s what she’ll have to do.”

Would you like to see Kylie actually compete on the show?  Let us know what you think on our Facebook page @EntertainmentDailyFix.