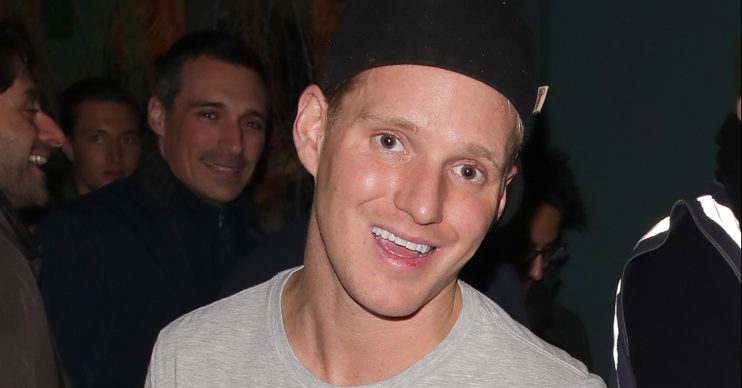 He has injured his foot

The new series of Strictly Come Dancing is yet to hit our screens, but already one celeb contestant could be limping out of the competition.

Made In Chelsea star Jamie Laing’s future on the show is reportedly in jeopardy after he injured himself during the launch show.

The reality star has been pictured hobbling around on crutches after damaging a tendon in his right foot.

It’s understood her incurred the injury during the group dance for the opening show.

The Sun reports: “It’s touch and go for Jamie and bosses are waiting to see how his results look after he gets a proper X-ray done.

“Producers are hoping he’s just landed awkwardly during the group dance and tweaked something rather than it being a more serious injury.

“They’ll know if his Strictly journey is over before it’s even really begun in the next 24 hours or so.”

Jamie, 30, last month defended his participation in the show after it emerged he studied dance at university.

He told Hello: “I did something called ‘summertime’ which was interpretive dance where all the girls were the petals.

“I was the bulb and I came up and had a bit and I had to say ‘summertime!’ and it was great.”

Meanwhile, Jamie will be back on TV tonight as the 18th series of his E4 reality show lands.

And there’s set to be drama ahead for him and girlfriend Sophie ‘Habbs’ Habboo, as one of the friendship group makes a revelation that could destroy their romance.

E4 has teased: “With the dramatic introduction of a few new additions last series, how will the growing Chelsea clique deal with the aftermath of hook ups, break ups and make ups, unearthed secrets and fiery confrontations?

“Will friendships, that were severely tested, ever be the same? And can new relationships prove they have staying power? The new series promises to kick-off right where it left off and continue to explore more of SW3’s VIP locations.”

Do you think Jamie’s been a bad boy on Made in Chelsea? Leave us a comment on our Facebook page @EntertainmentDailyFix and let us know what you think of this story.