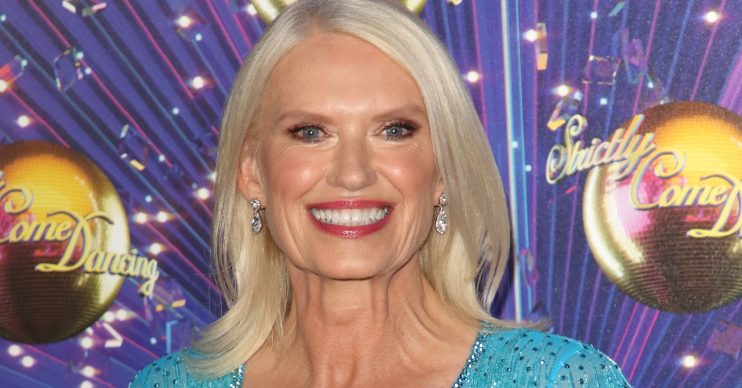 She said it's "holding her back" in rehearsals

This year’s Strictly Come Dancing star Anneka Rice has injured her shoulder ahead of the new series.

The presenter, 60, said she “fell badly on a very wet grassy slope” and has been in physio for the past six weeks trying to recover for the show.

Anneka revealed her injury is “slightly holding her back” from rehearsing for the show – which starts on September 7.

Speaking to The Sun, Anneka revealed: “I had quite a bad accident and hurt my shoulder. I fell badly on a very wet grassy slope. I have been in physio for that so haven’t done what I needed to do.

“It’s getting better but it’s meant I haven’t been able to do the ‘all singing, all dancing’. It’s slightly holding me back.

“I told the Strictly bosses, ‘you do realise I won’t be able to do one of these steps.'”

Anneka wowed at the Strictly launch on Monday (August 28) alongside her fellow celebrities contestants taking part.

The star was named as one of this year’s stars on Steve Wright In The Afternoon on BBC Radio 2 earlier this month.

She said: “I haven’t danced since I was seven and Miss Beer sent me home from my ballet class because I was hopelessly uncoordinated.

“My family and friends haven’t seen me dance since, not at a wedding or round a handbag so it’s going to be a challenge for my partner. In fact I’ve asked for two, one on each side.”

She added: “I can’t see myself in a long frilly dress either. But I’m feeling recklessly excited.

“Strictly has always been my autumn’s entertainment and now I’m part of it! My children will probably leave the country.”

Last week, Anneka admitted she was already “knackered” from a day of rehearsals.

She wrote on Twitter: “I was going to post a little #Strictly vlog (learned that from @SaffronBarker today) but too knackered.

I was going to post a little #Strictly vlog (learned that from @SaffronBarker today) but too knackered. And not necessarily in a good way. Blimey, that was only Day 1!!!!! 😬