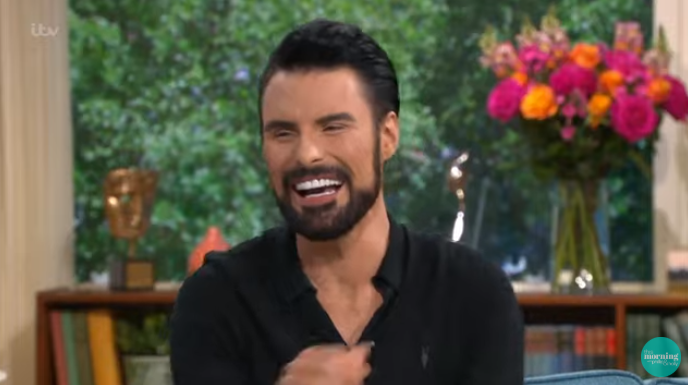 Fans of Strictly were overjoyed when it was announced that Rylan Clark-Neal was to co-host Strictly Come Dancing: It Takes Two with Zoe Ball.

Now the presenter, 30, has revealed how the pair will share presenting duties.

Appearing on today’s episode of This Morning (Friday August 30), Rylan told his pals Eamonn Holmes and Ruth Langsford how it was all going to work.

Zoe has been presenting the show on her own since 2011.

“Me and Zoe are sort of sharing duties, she’s doing the Breakfast Show on Radio 2,” he explained.

“She just wanted to take a step back. It’s a lot of work doing early mornings and nights as well.”

He then paused before revealing: “I might as well just say it! I’m going to be doing Mondays and Tuesdays, Zoe’s doing Wednesdays and Thursdays and we’re both doing Friday.”

Getting ready to join @zoetheball on It Takes Two this year, @Rylan introduces our #Strictly class of 2019! Watch now on @BBCiPlayer 👉https://t.co/Vzcw41ieIl ✨ pic.twitter.com/0NBTcRFbzJ

Rylan has already got to work on Strictly.

A Tweet from the show showed him at the launch party interviewing some of the contestants.

“It’s crazy,” he said. “We did the launch show on Monday, the red carpet. The couples get paired up today, it’s the show. Obviously you’ll see it next Saturday.

The latest tip to pick up this year’s Glitterball might come as a surprise.

Bookies Coral has released the odds and it’s former England football player Alex Scott that is the early favourite.