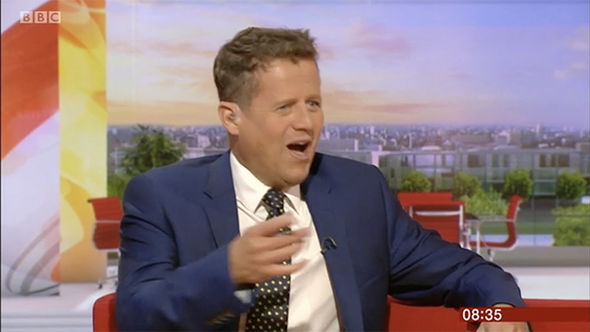 He initially thought the BBC had "got the wrong person"

The 53-year-old sports presenter admits he thought BBC had called the wrong person when he was offered the chance to join the line-up, but he is no stranger to people thinking he has been on the Latin and ballroom show because he is often confused for presenter Chris Hollins.

“This happens every week, someone says, ‘Can I have a selfie?’ They’re in the middle of the selfie, ‘My partner loved you on ‘Strictly’, and I’m thinking, ‘Do I say I’ve never been on ‘Strictly’ or do I keep quiet.'”

He said: “I told my new wife because she was wondering why I was doing funny moves around the lounge.

Mike is keen to “fly the flag for all dad dancers” on the show, and is prepared for a “physical challenge”.

Mike is the sixth person announced for this year’s line-up after Catherine Tyldesley, Saffron Barker, David James, Chris Ramsey and Emma Barton were confirmed this week.

Strictly returns to our screens this autumn.