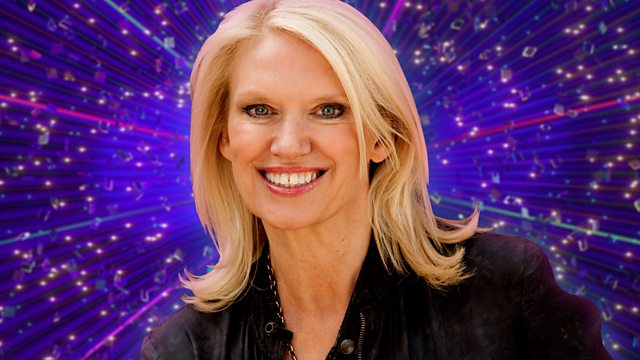 She hasn't danced since she was seven

Anneka Rice has been confirmed for Strictly Come Dancing.

The award winning broadcaster has become the 15th celebrity announced for the upcoming series of the BBC Latin and ballroom competition, and she admitted she is pushing far out of her comfort zone by taking on the challenge.

She said on Steve Wright In The Afternoon on BBC Radio 2: “I haven’t danced since I was seven and Miss Beer sent me home from my ballet class because I was hopelessly uncoordinated.

“My family and friends haven’t seen me dance since, not at a wedding or round a handbag so it’s going to be a challenge for my partner. In fact I’ve asked for two, one on each side.”

The 60-year-old star – who rose to fame as the Sky-Runner in Channel 4’s Treasure Hunt and went on to present the likes of Sporting Chance, Wish You Were Here, Hell’s Kitchen and the Royal Variety Performance – also joked the sparkly outfits will be a world away from her everyday life.

She teased: “I can’t see myself in a long frilly dress either. But I’m feeling recklessly excited. ‘Strictly’ has always been my autumn’s entertainment and now I’m part of it! My children will probably leave the country.”

As well as television, Anneka presented the BBC Radio 2 Saturday Breakfast Show from 2012 to 2017, and she fronted the award-winning podcast Fortunately.

Meanwhile, she is also a patron of Help For Heroes, Operation Encompass and Horatio’s Garden.

On Wednesday, Dev and James were confirmed as contestants.

Dev said: “I just can’t believe I’m doing Strictly, it just doesn’t feel real yet! It’s going to be so much fun, but just to be clear, I’m not doing this to take part, I’m totally in it to win it!

“I can’t wait to meet my partner and start practicing.”

He knows his way around the decks, but how about the dance floor? @BBCR1‘s Dev Griffin @dev_101 is our next #Strictly celeb! https://t.co/151krnFEM2 🎧 pic.twitter.com/7MYZG63q3q

Meanwhile, James said: “I’m really looking forward to being a part of Strictly this year. Having spent so many years mucking around in a rowing boat with big men in tight lycra, it’s time I learned a new skill.

“I need to apologise to my kids in advance for the embarrassment.”

Head over to our Facebook page @EntertainmentDailyFix and let us know what you think of this year’s line-up.