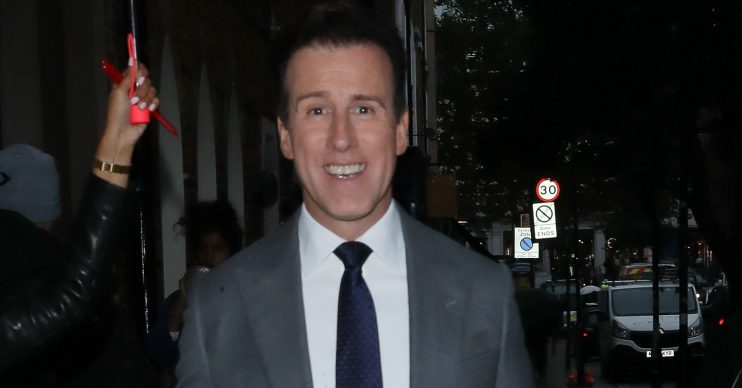 He made it to this weekend’s Strictly Come Dancing final with his partner Emma Barton, with the rumour mill going into overdrive amid reports that Anton Du Beke was thinking of quitting the show in order to “bow out on a high”.

However, Anton – who has danced on the show since it began in 2004 – has now broken his silence on the rumours.

Following reports that he wouldn’t return for the 2020 series of Strictly, Anton’s reps have hit out at the claims.

They have denied the reports are true and have told Hello! they are “complete nonsense”.

Appearing on Lorraine today, Anton himself addressed the rumours.

“It’s absolutely nonsense, it was made up before we’d even left the building,” he said.

In reassuring news for fans of the Strictly veteran, Anton said that he had no plans to “ever” leave.

A source had told the Daily Star that, after years of poor scores with partners such as Nancy Dell’Olio and Ann Widdecombe, Anton wanted to leave on a high after scoring his first ten with Emma.

They said: “Anton absolutely loves being part of Strictly, but he’s been thinking about moving on for a while now.”

The source added: “Anton doesn’t want to be remembered for those poor scores.”

They continued: “He’s told producers he wanted to wait until he had a strong year before bowing out. With Emma, he’s had just that, so they won’t be surprised if he decides to go.”

Anton was beaten to the Glitterball trophy by former Emmerdale star Kelvin Fletcher and his professional partner Oti Mabuse.