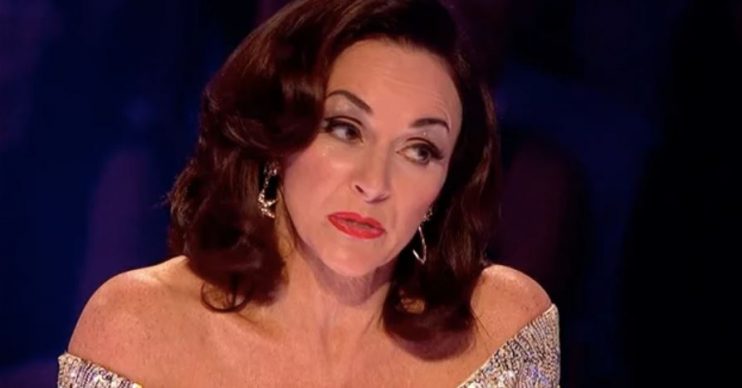 Fans got nasty after Dev was sent home

The former professional ballroom dancer, 59, received vile abuse after being a part of the judges’ decision to send home Dev Griffin in week four.

Read more: Strictly: Catherine Tyldesley bans her husband from dancing with her

Strictly fans know that Dev and his professional partner Dianne Buswell performed a Cha Cha Cha to Dancing With a Stranger by Sam Smith… but the Judges criticised Dev on elements of his technique.

As a result, they placed fourth from bottom of the leaderboard with a score of 27, and eventually found themselves in the dance-off for the first time.

Facing Emma Weymouth and Aljaž Skorjanec, the judges chose to keep Emma in the competition.

But after the show, Dianne was forced to plead with angry fans to stop tweeting “death threats” to the head judge.

Following some abusive tweets, one fan begged the Australian pro to help Shirley.

They wrote: “Please sort your fans out. I get why people are upset and I don’t think it was Dev’s time to go. But sending vile abusive tweets and death threats to Shirley Ballas is totally out of order. Imagine if it was a member of your family on the receiving end.”

Dianne tweeted: “Guys this is terrible, you can not be bullying like this.

“It’s awful and really upsets me to hear this. It’s simply not okay and should never happen!”

Guys this is terrible you can not be bullying like this . It’s awful and really upsets me to hear this . It’s simply not ok and should never happen !

Defending herself from the trolls during a TV appearance later that week, Shirley said: “People have got to get out there and vote. We do our job. As you can see there were many people saved with a lot lower scores.

“The three judges were unanimous. It wasn’t down to me. It was unanimous and I agreed.”

But now Shirley has admitted her fears over sending people home after the recent death threats.

Joining Zoe Ball on her BBC Radio 2 breakfast show on Friday (October 25), Shirley said: “The series started off as one of the best we’ve ever hard. What I’ve found is the work ethic is off the chart.

“There isn’t anybody who wants to go home.”

She continued: “It’s going to be very difficult from here on in to send anybody home. It gets emotional. And people get upset when you have to send somebody home.”

Addressing Dev’s shock exit, she told Zoe: “Well I don’t understand why he was in the bottom two if he was so popular.

“His marks weren’t low, they were in the middle of the pack and, at the end of the day, you can only go on the dance that is put in front of you. Not past performance, not what you think he is capable of.

“For me, he was capable of perhaps the final.”

Dev, David James, Anneka Rice and James Cracknell have all been voted off since the show kicked off in September.

Do you always agree with the judges’ decision? Leave us a comment on our Facebook page @EntertainmentDailyFix and let us know what you think of this story.