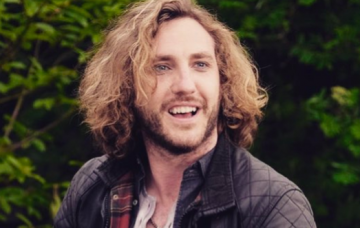 As if he hasn’t interfered enough with Katya and Neil Jones’ relationship, Seann Walsh has reportedly called Neil “gay” during a comedy set.

The axed Strictly Come Dancing contestant – who was caught cheating with his married professional dance partner – is said to have told a pub audience: “You know who I am now, mother[bleepers]. I’m the guy who kissed a gay man’s wife.”

Onlookers told The Sun that he then laughed and added: “Please don’t report that. I’m only joking. I’m just here trying to make you laugh.”

He later added that he did not “bang” his 29-year-old dance partner.

It comes a few days before Seann, 33, will be reunited with Katya for the Strictly final on BBC1, where they will dance again.

Neil, 35, has yet to comment on social media about this story, instead choosing to focus on the announcement of his husband-wife dance show in London next June.

And here is the BIG ANNOUNCEMENT!!! Myself and @mrs_katjones are excited to announce that #SOMNIUM: A Dancer’s Dream, the explosive dance show is coming to @Sadlers_Wells (#London) 20–22 June 2019. Tickets are on sale now so follow the link in my bio to book your seat. P.s it will make a fantastic Xmas gift 😜 . . 📷 @mrmattcrockett . . #somnium #somniumdance #danceshow #adancersdream #sadlerwells #london #fridayfeeling #excited #positivevibe

Katya, meanwhile, posted a picture of herself smiling and spoke about happiness.

The caption read: “I believe people who are happy make other people happy.”

She also posted several enthusiastic messages about the show, which is called Somnium and will play at iconic theatre, Sadler’s Wells.

In case you’ve already forgotten the dramatic events in the early weeks of Strictly, the comedian and his dance partner were pictured kissing passionately in the street after a night out.

Seann said: “I would like to offer my sincere apologies for my actions. This is no excuse but it was a one-off drunken mistake which I am truly sorry for.”

Katya meanwhile said: “I’m so sorry about any offence or hurt I may have caused with my actions. I wasn’t thinking and it was a one-off mistake after some drinks.

This outburst comes days after Sean spoke on stage at The Comedy Store in London about the scandal, where he rather retracted that apology.

The TV star said: “Look, I don’t really need to explain myself but I will anyway.

What do you think of Seann’s comments? Leave us a comment on our Facebook page @EntertainmentDailyFix and let us know what you think.