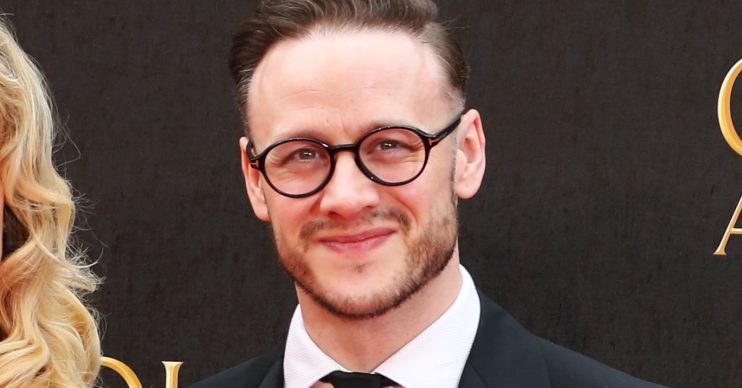 His marriage broke down last year

Kevin Clifton from Strictly Come Dancing has revealed that comedian Russell Brand inspired him to give up alcohol following his break up with ex-wife Karen Clifton.

The professional dancer, 35, said he started drinking heavily after his marriage broke down in 2018.

Podcast launching tomorrow! Let me know any questions you have for me and any performers/guests/creatives you’d love to hear from about all things performance. https://podcasts.apple.com/gb/podcast/the-kevin-clifton-show/id1475650764

“I fell into a real tough spot. I started drinking a lot. I was going out and drinking all the time. I talked to some of the people on Strictly about it.”

Speaking further, he said he was “constantly stressed out” and “sad” in the build up to his split with Karen, and after they parted ways the problem “escalated”.

Comedian Russell Brand, 44, reportedly contacted Kevin and suggested he try avoiding drinking any alcohol at all for two months.

As reported by The Sun, ballroom and Latin dancer Kevin continued: “My life over the past year has gone from darkness, despair and self hatred to everything going so much better. I’m so much happier now than I was a year ago.”

Russell has been open about his own struggles with drugs and alcohol over years, telling The LA Times in October last year: “I hit rock bottom in 2003 with an addiction to heroin, which had cost me a job at MTV, a radio show, friends and girlfriends.

“Luckily, my (then) manager and friend Chip Sommers stepped in, telling me I’d wind up either in a prison, lunatic asylum or graveyard. So I went to a 12-step program.”

Kevin is currently dating documentary maker Stacey Dooley. The two were partnered up on the 2018 series of Strictly Come Dancing and ended up winning in the final.

Stacey was dating Sam Tucknott at the time, but they broke up shortly after the competition ended and went official with Kevin, following rumours of romance during the series.

Kevin married Karen in 2015 and split in March last year.

They are said to have remained on good terms since, with Karen – who has since found romance with opera singer David Webb – speaking positiviely about Kevin’s relationship with Stacey earlier this month.

In a conversation with FUBAR Radio, Karen said that while she doesn’t really know “anything” about their relationship, she admitted he looks “extremely happy” and said: “So, I’m happy that he’s happy.”