New Strictly judge Motsi Mabuse has explained why she will not criticise her sister in the latest BBC dance series.

Appearing on The One Show, Motsi - who replaces Darcey Bussell on the judging panel - revealed she would never "do anything to tarnish Oti’s work" because her focus will be on the celebrities, not the pros.

Motsi said of her younger sister: "She's been here five years and she's done a brilliant job. So, I would never do anything like that to her.

"I'm looking at the whole big picture. This show, it's so loved... It's got positive energy. Me doing something so negative would be unfair to everyone."

I'm judging the celebrity that's going to learn to dance and how he deals with it.

Motsi, 38, added she had spoken with Strictly pro Oti - "a brilliant dancer" - and emphasised both are "very professional" in the way they approach their careers.

But Motsi also pointed out it is the celebrities who are marked on their performances, rather than the pros.

She added: "Literally, I'm not judging them. I'm judging the celebrity that's going to learn to dance and how he deals with it. I'm going to try to be fair."

It was reported by a tabloid earlier this summer that some of Oti’s fellow pros had the hump over her sister being appointed to the panel. 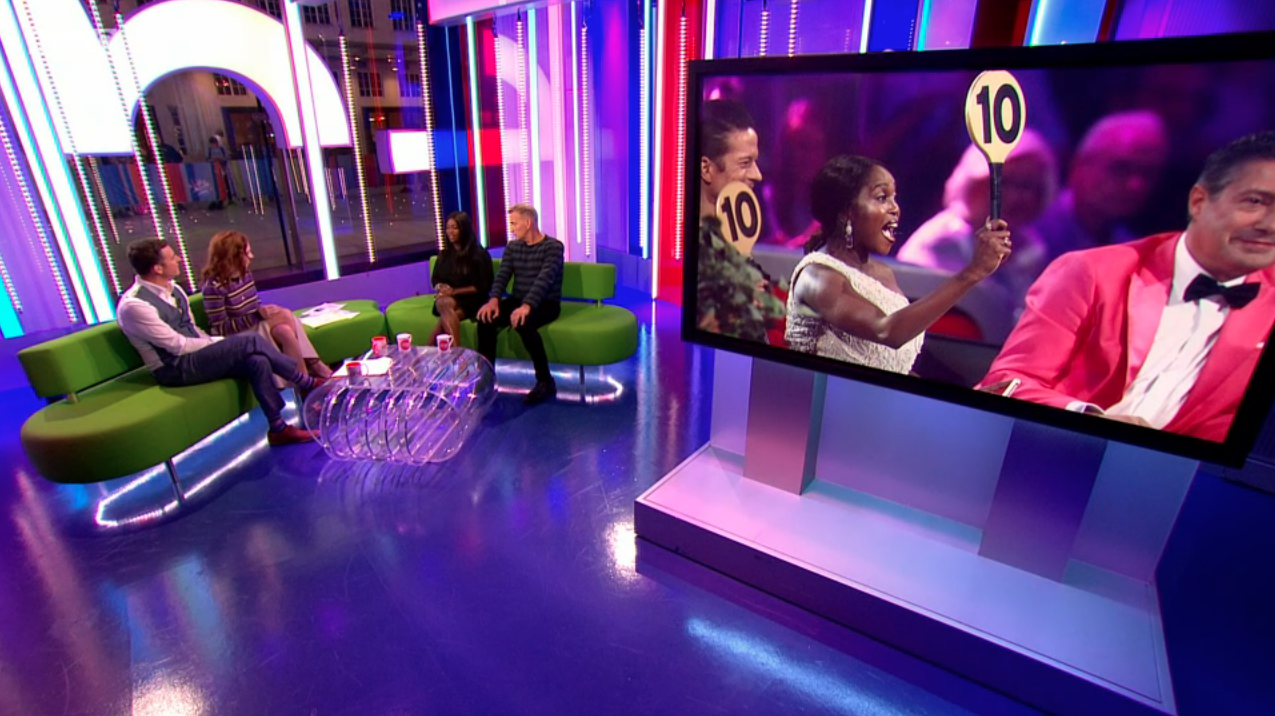 Motsi appeared on The One Show (Credit: BBC iPlayer)

The Sun quoted an unknown show insider as claiming some work relationships between the pros has become "quite toxic" - and that there may have been concerns about scoring.

The source said: "There’s a very clear split in the ranks over perceived favouritism for Oti.

"Bosses think it’s gone back to the dark days of cliques where the dancers were split and were largely looking out for themselves.

"It’s been a happy ship for a long time but the feeling is that has now changed quite dramatically. It’s quite toxic at the moment."

@OtiMabuse is the only pro to score 40 for a Samba in #Strictly history. No pressure then @kelvin_fletcher. Just "RELAX!" 🤣

But Motsi later insisted there would be no favouritism.

"One of the main points everywhere in my life is fairness," she said powerfully.

Motsi added: "Coming from South Africa and being treated unfairly all your life because of your skin colour, that's been a huge point.

"I really need to be fair and she'll get what everybody else is getting.”