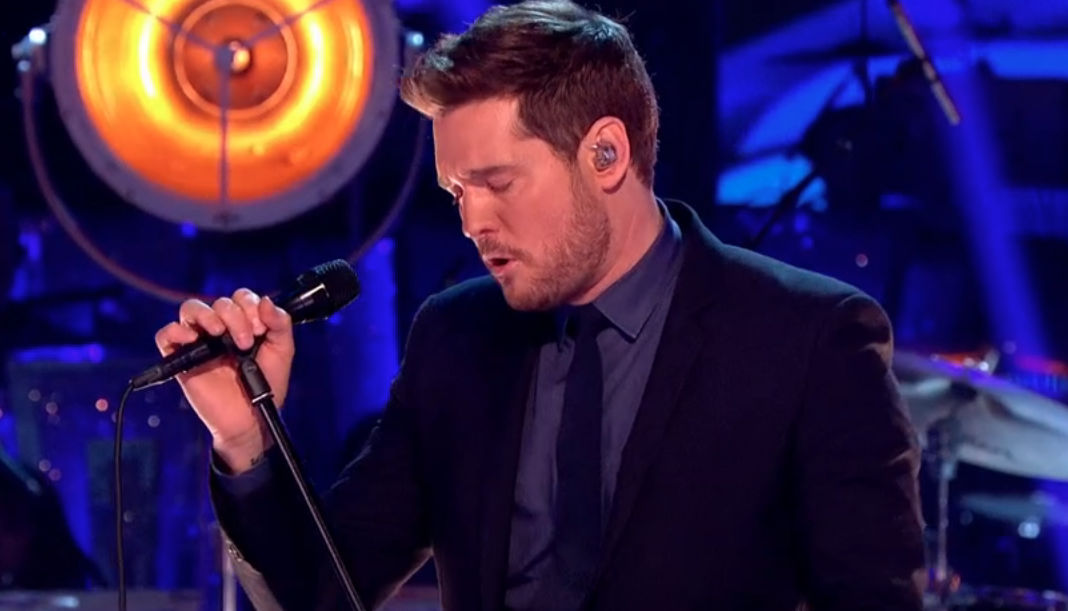 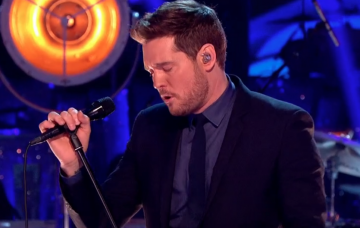 Fans complained on social media that the finale appearance from the crooner was hindered by a range of audio issues, claiming they were caused by a faulty microphone.

They were also suggestions Michael, 43, wasn’t holding the “dodgy” mike correctly as he sang his rendition of Such A Night into it.

But despite the moans about not being able to hear the Canadian star’s warbling clearly enough, heaps of fans were delighted to see him on stage.

And even though many social media users joked how surprised they were Michael wasn’t belting out a Christmas hit, viewers were also pleased to see Strictly pro faves Janette Manrara and Aljaz Skorjanec take to the floor during the guest slot.

“My god I just love @michaelbuble  and with added @JManrara and @AljazSkorjanec  in loveeee #Strictly #StrictlyFinal,” gushed another.

Another fan joked: “All @michaelbuble wants for Christmas is a @bbcstrictly microphone that works #legendletdown.”

Many others also piled in on the perceived tech difficulties.

“BBC need to sort out their microphones … could hardly hear Michael Buble,” suggested one person.

“Michael Buble sang so well! What was up with that mic, though? Strictly messed him around there – it should have been turned up louder!” added another.

And another dissatisfied devotee admitted they felt thoroughly let down by the appearance.

They said: “Am a Bublé fan but again he didn’t sound great on British TV.

“Are all our sound engineers [bleep] or should he just stand still a sing into the mike?

“Shame, was really looking forward to him singing on Strictly last night.”

The studio audience seemed suitably wowed, however – as did the show judges – with Michael receiving a standing ovation for his efforts from the live crowd.