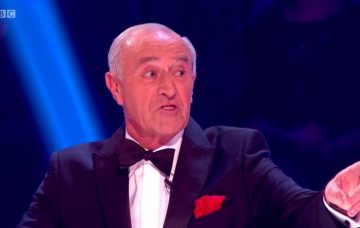 He defended the new Strictly judge

Len Goodman believes new Strictly judge Motsi Mabuse will be criticised for her judgement of pro dancer sister Oti on the show, no matter what decisions she makes.

The former long-serving Strictly judge said he sympathises with Motsi’s position and he defended her role on the panel.

Speaking to Sun Online at the Farmfoods British Par Three Championship, Len, 75, said: “That’s going to be the hardest thing for Motsi. Can you imagine if Oti is in the final two in the dance-off?

“Whatever decision she makes Motsi will get criticism. If she puts Oti through then people will say she’s doing her sister a favour. If she votes her off they will say she didn’t want to be seen to be keeping it in the family.”

It was announced that Motsi has been chosen to fill the sought after judging seat on the Strictly panel, following ballet star Darcy Bussell’s decision to leave the show.

Motsi is the older sister of Strictly professional Oti Mabuse.

Len, who was head judge on the BBC dance competition for 12 years, has urged Motsi to judge from the heart and he believes she will make the right decision.

“I’ve been in a similar situation when I’ve had to judge pupils or former pupils in dancing competitions,” he recalled.

“All you can do is make the decision based on what you see and try to act with integrity. I’m sure Motsi will do that and if that means having to vote Oti off then that’s what she’ll have to do.”