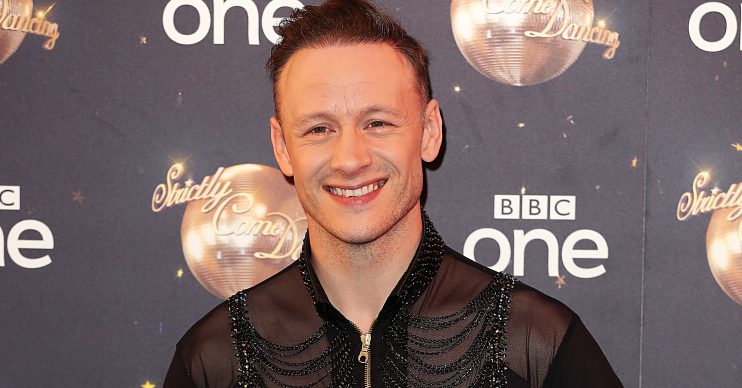 The 36-year-old professional dancer is believed to be romancing TV presenter Stacey – whom he was partnered with on the 2018 series of Strictly Come Dancing – but has been the source of criticism after Stacey’s ex-boyfriend Sam Tucknott claimed he learned about the pair’s romance when Kevin text her saying “I love you”.

And now, Kevin has seemingly made light of the situation by joking about his status in the public eye.

Speaking to The Sun newspaper’s Bizarre column whilst backstage at dance show Burn The Floor, he said: “I seem to be public enemy number one at the moment.”

But despite being concerned about his image, Kevin still had the support of the Stacey Dooley Investigates star at the dance show, as eyewitnesses claim she and Kevin’s sister Joanne were watching proudly from the balcony.

An onlooker told the publication: “Stacey looked ever the doting girlfriend as she clapped and cheered Kevin on during the show, and giggled over the balcony with Joanne.

“At one point he even blew her a very public kiss from the stage and she spent a lot of time proudly filming him on her phone.

“They clearly didn’t care just how besotted they looked with each other.”

Meanwhile, it was recently claimed that Stacey, 32, was told to separate herself from Kevin amid the “scandal”, out of fears that it could “negatively impact her career”.

A source said: “Stacey has plenty of work on at the moment and her agents don’t want that to be effected in the wake of the scandal.

Stacey previously took to social media to insist there are “two sides to every story”, following her ex-partner’s claims.

She wrote on Twitter: “Anyone with any adult life experience knows there are two sides to every story.

“I haven’t got the time or energy to correct some of the utter nonsense I’ve read on here.”

But the documentary maker insisted she only wishes “happiness and success” for Sam in the future.

She wrote: “Re Sam, I loved him very much and only wish him happiness and success going forward. (sic)”