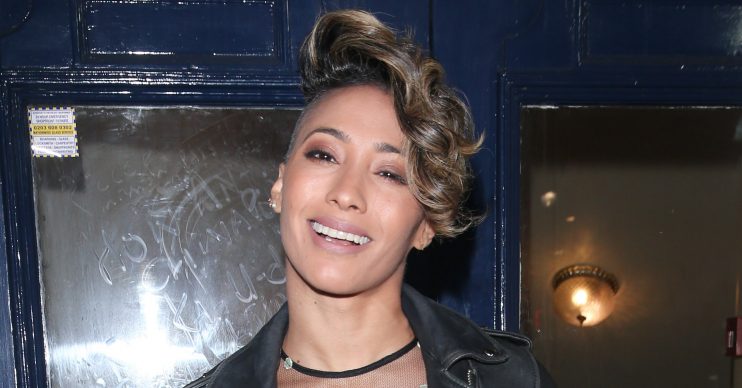 Kevin and Karen split back in March 2018, with Kevin finding love with Stacey when he was partnered with her on the show later that same year.

After Stacey recently opened up about life with boyfriend Kevin, revealing that he was “amazing”, Karen has seemingly given the pair her blessing.

Karen and Kevin have remained friends, regularly dancing together on the BBC One show, while she too has moved on and found love with handsome opera singer David Webb.

Karen told FUBAR Radio that while she doesn’t really know “anything” about Kevin and Stacey’s relationship, she said: “But you know what, he looks extremely happy, so I’m happy that he’s happy.”

Asked whether it was awkward being back in the rehearsals studio with Kevin, Karen revealed things were good between the former couple.

She also added that she was proud of her former beau and said that, despite their split, they still enjoy working together.

“For us, it’s never been a problem and it never will be a problem. We’re really cool. We absolutely love working together.”

Stacey recently revealed to The Guardian that she and Kevin had turned down “tens of thousands of pounds” to speak about their romance.

Revealing the reasons behind their decision, the TV presenter said: “Kev and I have agreed not to go into too much detail about our private lives because you can’t really indulge that and then ask for privacy.”

She added: “That’s why we’ve turned down interviews that have offered us tens of thousands of pounds.”

Opening up ever so slightly about life with the Strictly Come Dancing favourite, Stacey concluded: “What I am happy to say is Kev’s amazing, I’m happy, life happens, I’ve got an amazing career and I’m very lucky.”

Karen’s comments come as this year’s Strictly Come Dancing contestants were officially unveiled, with Anneka Rice being named as the 15th star set to take part in the BBC dance show.