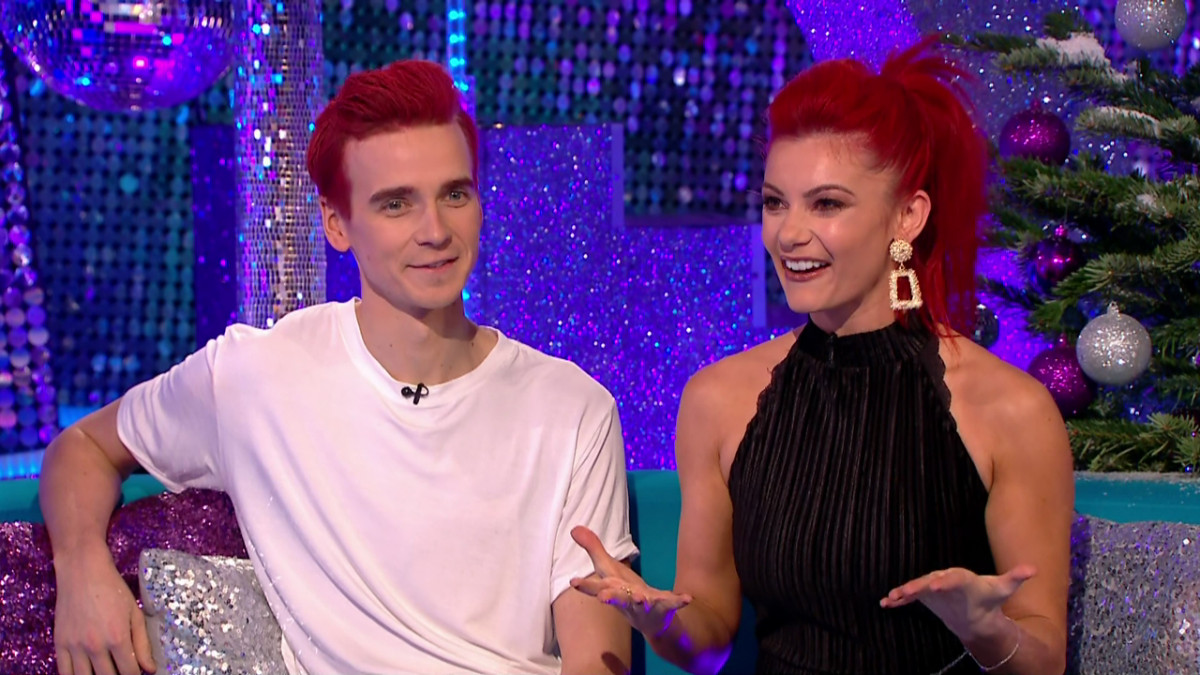 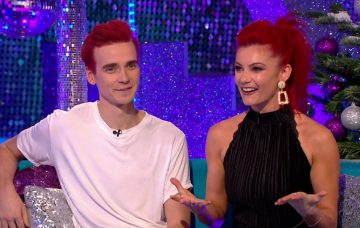 The couple confirmed their romance after the final

After weeks of rumours that they had found love on the dance floor, Joe Sugg and Dianne Buswell finally confirmed their romance after missing out on grabbing the Glitterball trophy.

Now, Joe’s gran has revealed it’s serious and her grandson is “head over heels” for his Strictly Come Dancing dance partner.

The 27-year-old’s gran Phyllis Sugg, 95, watched Joe perform in Blackpool and insists she knew there was a spark between him and Dianne, 29, the moment she saw them dance together.

She told MailOnline: “I may be 95 but I could see that twinkle in his eye – and the way they looked at each other.

“He brought Dianne over to meet me too and that’s a sign that there is romance in the air. She seemed like a lovely girl – I think he might be head over heels.”

Phyllis also thinks the YouTube star gets his dancing ability from her.

She added: “He’s never walked on a dance floor before, let alone actually danced on one. I’m so proud of him.”

Joe’s proud grandmother, who lives in Wiltshire village where Joe grew up, also insisted her grandson didn’t go on the show looking for love.

Joe, who dyed his hair red for the final to match Dianne’s scarlet hair, appeared to finally confirm their romance on Instagram this week.

Sharing a sweet snap of them looking into each other’s eyes, Joe captioned the picture: “I may not have won the glitter ball, but I’ve won something a million times more special.”

Fans went wild at the news with one writing: “OMG now I don’t have to re-watch Strictly I can just see #joesugganddiannebuswell grow as a couple this is the best thing ever.”

Another added: “Awwww such a fab couple. Here’s to many more happy adventures together.”

Joe also revealed he has got his first TV presenting role after his success on Strictly, hosting the BBC’s New Year’s Eve coverage alongside Stacey Dooley.

He tweeted: “So thrilled to be a part of this. Thanks so much everyone your support this really has been such a special 3 months for all of us.”