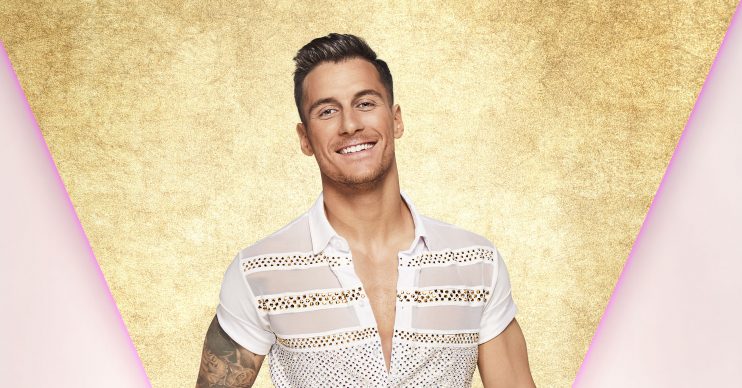 Neil injured himself in training

Gorka Marquez has hinted he should have been the one to replace injured Strictly Come Dancing pro Neil Jones instead of Kevin Clifton.

Kevin, who was voted off in the third week with partner Anneka Rice, was brought in after Alex Scott’s partner injured himself in training.

But it appeared that Gorka, who missed out on a celebrity partner this year, was a little upset that he wasn’t asked himself to be a stand-in.

While the show was on, Gorka retweeted a series of messages from Strictly fans who said he would have made a perfect replacement.

One read: “@gorkamarquez1 Such a shame you couldn’t help out Alex tonight! Loved seeing you in @HeresTheBoys at Hull.”

A second retweet said: “Should have been Gorks, not King Kev.”

And a third put: “For real @gorkamarquez1 would have been PERFECT to dance with Alex tonight since Neil couldn’t due to injury! Safe to say, Gorka deserves a lot of appreciation!”

For real @gorkamarquez1 would of been PERFECT to dance with Alex tonight since Neil couldn’t due to injury!!! Safe to say Gorka deserves a lot of appreciation!

Couldn’t we have @gorkamarquez1 as a stand in

Why have extra pros and not use them. Ermmmm hello @gorkamarquez1 deserved it not Kevin who has already had a partner this year #StrictlyComeDancing

A fourth wrote: “Really missing @gorkamarquez1 having a partner on this year’s Strictly. Also, surely if someone is injured he should be the stand-in? Not someone who has already had a partner and been voted out?”

It’s still unclear why he wasn’t partnered with anyone this year, but he told fans at the time: “For everybody that’s been asking, I can let you know that this series, I sadly won’t be partnered with a celebrity for the main series of Strictly.

“However, I will still be heavily involved in all of the group numbers and all things Strictly!”

A change of dance partner didn’t throw @alexscott2 off tonight! Well done to you both. @keviclifton #Strictly

Meanwhile, Will Bayley also injured himself ahead of Saturday night’s show, which meant he and partner Janette Manrara had to sit out this week.

Strictly said in a statement: “Sadly Will Bailey was injured during training and medics have said he cannot perform this evening.

“Under the rules of Strictly Come Dancing, Will has been granted a bye to next week.