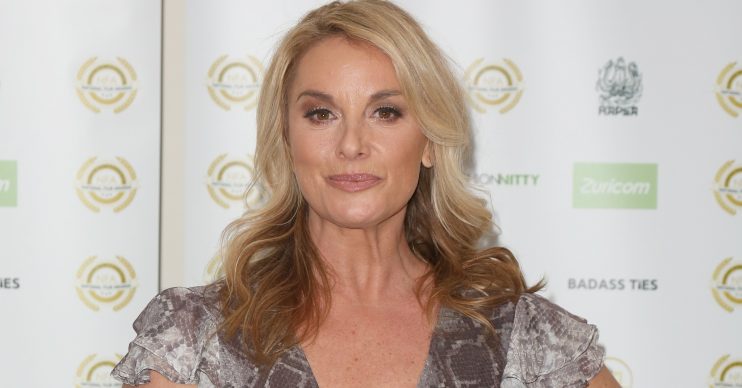 EastEnders’ Tamzin Outhwaite “desperate” to appear on Strictly next year

However, it may be a limited time offer to take part

Soap star Tamzin Outhwaite has teased signing up for Strictly Come Dancing in 2020.

The EastEnders favourite signalled to BBC bosses she is keen on appearing on the Strictly dance floor next year to make her daughters happy.

She revealed they are “desperate” for her to compete for the Glitterball trophy.

However, it seems Tamzin, 48, may be concerned she is a “bit old” for the show.

Sunday evening the three of us did a sunset hour long walk in the Cotswolds and my soul filled up with goodness.

Speaking to OK! Magazine, she also suggested she may be not be available to take part beyond the next series after the current one.

She said: “My girls are desperate for me to do it but I think I’m a bit old, I’m not sure my body could take it.

“I’m 49 soon, so part of me thinks I should do it next year as a last hurrah before my fifties.”

The Mel Owen actress added: “It’s next year or never.”

But Strictly isn’t the only TV project Tamzin has her eye on for life after Walford.

She was also reunited Jo Joyner, another EastEnders favourite – although the pair didn’t spend all that much time on screen together in the East London soap when they were both cast regulars in 2018.

“Last day on set with a gorgeous cast and crew,” Tamzin captioned a snap of them both on set.

I absolutely loved working with this gorgeous woman… @dollyjj …and oh my days , did we have some juice to catch up on and compare notes about? Oh yes! Didn’t feel like work and I loved it. Also working with Mark & Patrick … a super job #shakespeareandhathaway