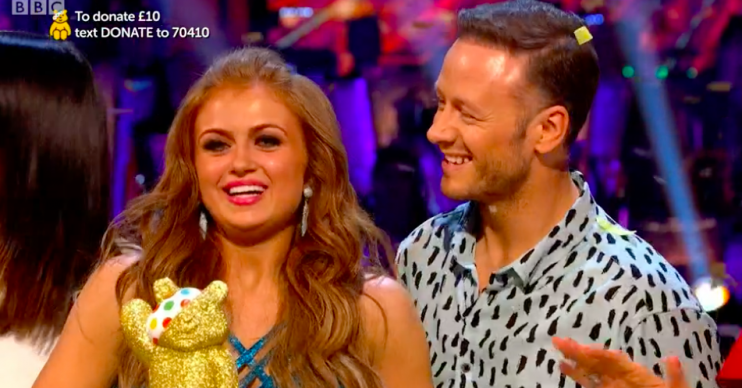 Soap fans are calling for Strictly Come Dancing bosses to sign up Maisie Smith for the 2020 series after the EastEnders star’s success on this year’s Children in Need special.

Maisie, who plays Tiffany Butcher in the BBC soap, took to the floor with Strictly professional Kevin Clifton on Friday night and wowed the judges with her moves.

Read more: Strictly stars share an epic selfie as they head to Blackpool together

The actress was joined by a group of her co-stars for the EastEnders’ special and ended up taking home the CiN Glitterball Trophy.

After head judge Shirley Ballas announced that she and Kevin were the night’s winners, Maisie jumped up and down and squealed with delight.

She then gushed: “I’ve honestly had the best week. It’s just been amazing!”

Fans of the show are now calling for Strictly Come Dancing bosses to nab Maisie for next year’s series of the BBC One dancing show.

Taking to Twitter, one pleaded: “Is it just me that’s hoping & praying that @maisie_smithwill be on next year’s @bbcstrictly.

“She was amazing tonight! #ChildrenInNeed2019.”

Tweeting Maisie and Kevin directly, another said: “Would love to see you both coupled up on next year’s strictly as you were both incredible. I think Maisie would be amazing at ballroom and latin.”

A third even wrote: “Well if @bbcstrictly don’t sign Maisie Smith up for next year’s series they’re seriously missing a trick. She was brilliant!!!!”

The Strictly 2019 CiN special featured an Albert Square-inspired set and the cast danced to the Motown classic, Dancing In The Street.

Oi! Tune into the @BBCCiN show tonight to watch me take to the #Strictly dancefloor 💃🏻 with ‪@keviclifton ‪‏ and my wonderful EastEnders castmates #ChildrenInNeed 🤩 KEEP GIVINNGGG!!!!!

Strictly judge Craig Revel Horwood even got in on the action by taking on the role of landlord in the Queen Vic in the opener!

Meanwhile, this year’s remaining Strictly contestants will be dancing at the famous Blackpool ballrooms when the series continues on BBC One, tonight at 7.05pm.