And the mum-of-two found herself in the bottom two alongside Radzi Chinyanganya - and his partner Jess Hatfield - who had joined the show late as a replacement for injured celeb Michael Barrymore. 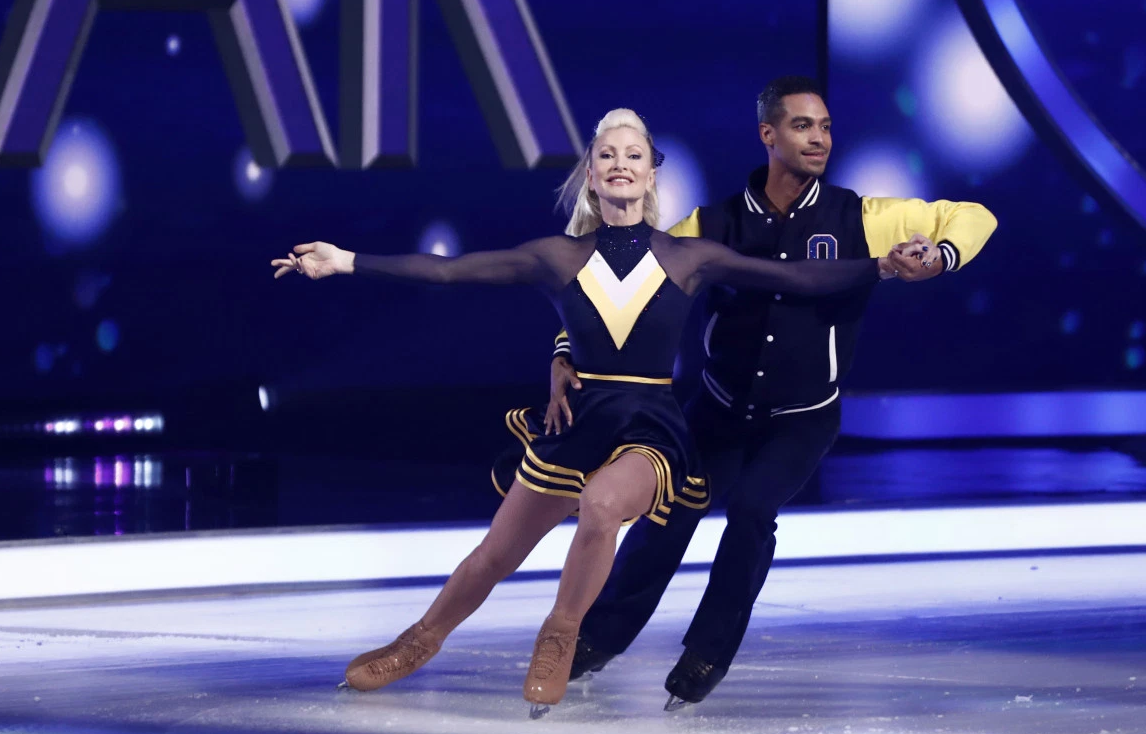 After the skate-off, judges Christopher Dean, Ashley Banjo and John Barrowman were asked who they would like to save. They all chose Caprice and her new partner Oscar Peter. 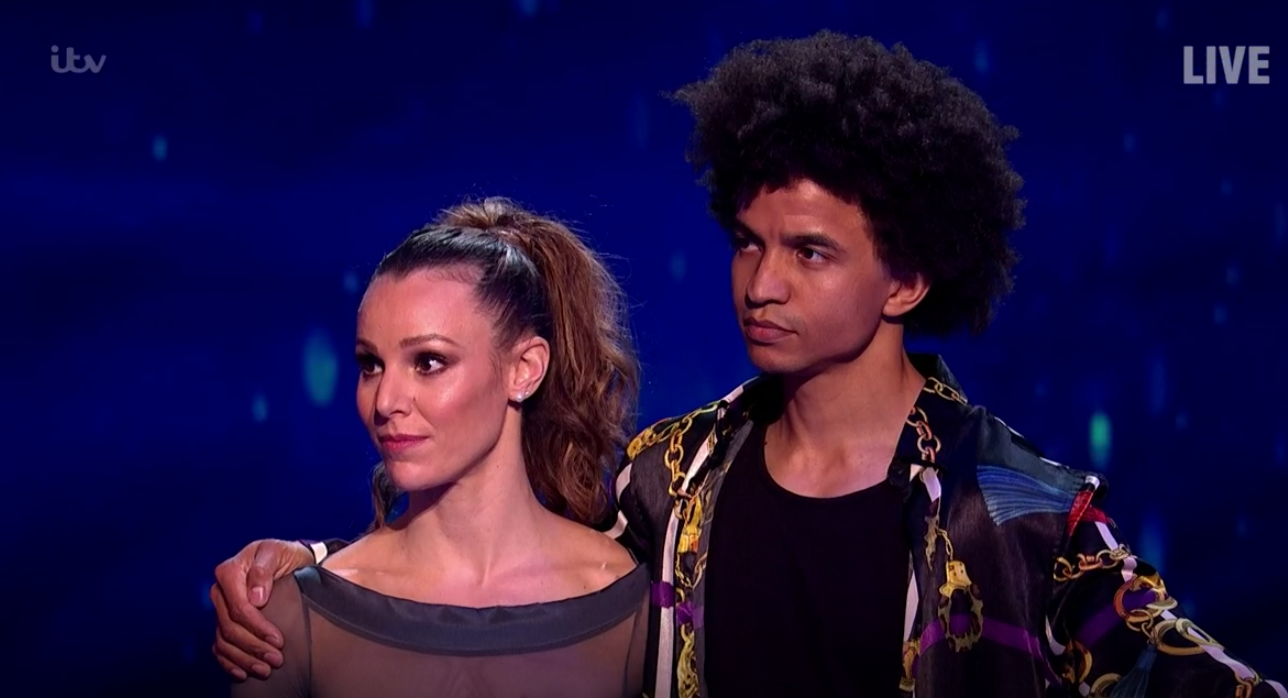 Radzi looked gutted to get the boot (Credit: ITV)

When asked who she would have chosen to remain, head judge Jayne Torvill said Caprice.

Former Blue Peter presenter said: "It’s been a genuine joy, but the unsung hero, people have spoken about how little time I’ve had, but Jess has had the same amount of time to teach me. So can we give a massive round of applause to Jess."

And his pro parter Jess said that despite going home early, she’s proud of Radzi’s efforts.

So thank you to everyone behind the scenes, involved in the show, obviously it’s a memory I’ll take with me forever.

The Cannonball host also sent his thanks to the crew who work on the show, as he said he’ll treasure the memory of Dancing on Ice forever.

He told show hosts Philip Schofield and Holly Willoughby: "I joined thinking ‘I’ll give it a go’, and I’ve left thinking I genuinely love it.

"So thank you to everyone behind the scenes, involved in the show, obviously it’s a memory I’ll take with me forever."

Elsewhere on the show, Diversity star Perri Kiely once again topped the leaderboard with an impressive 33.5, just ahead of Coronation Street star Lisa Thompson, who achieved a score of 32.

Football player Kevin Kilbane came in last place according to the judges with just 21, but made it through to next week thanks to the voting public.

Getting rid of Radzi wasn't a popular decision with many viewers, who questioned why Caprice had been saved. 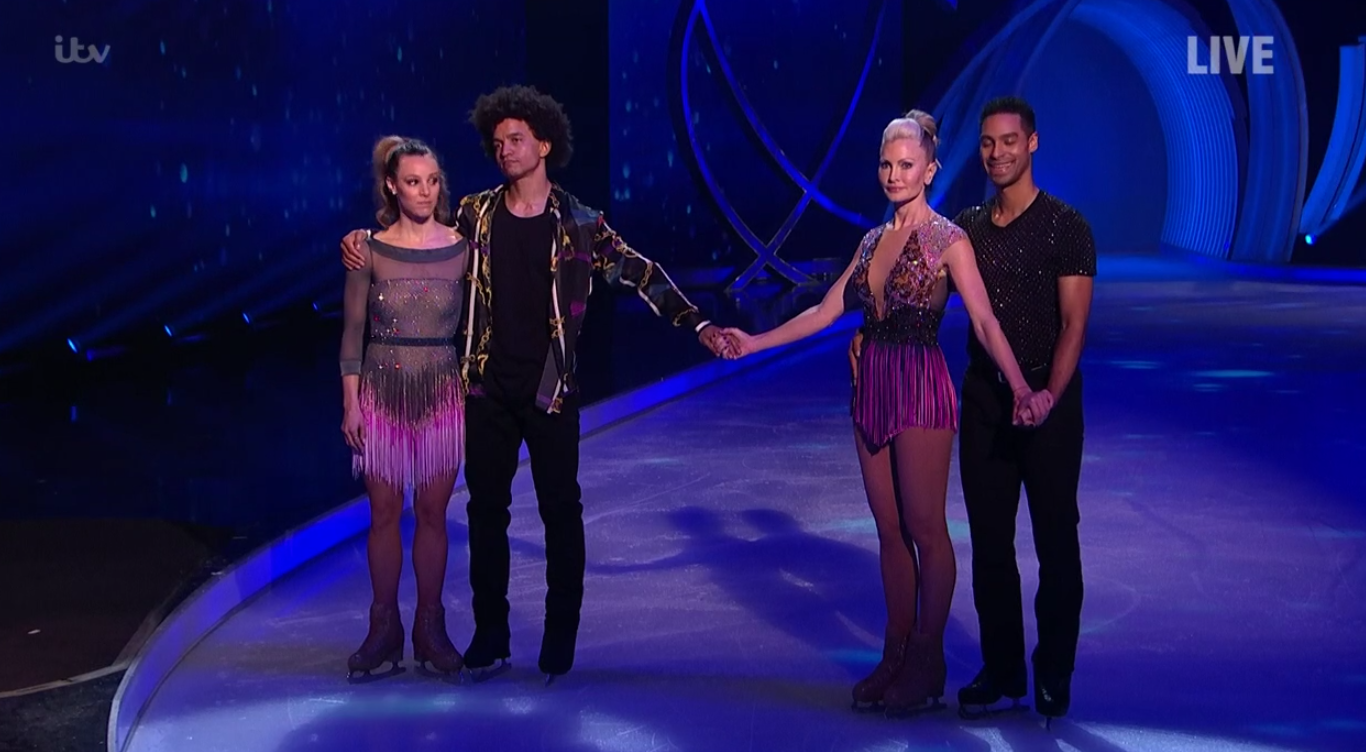 Read more: Viewers happy Holly has covered up a bit!

Many viewers felt the judges had made the wrong call.

What a carve up! Judges running scared to send Caprice home! Unfair decision.

Like the X factor, BGT etc, Dancing on Ice is not a skating competition, it’s just entertainment. What better way to guarantee more views for next week is to vote against public opinion and keep Caprice in even though she was the worse scater..

#DancingOnIce what a joke.. Caprice? Are you serious?

I must’ve been watching another skate off... the one I saw was that Radzi skated really well and Caprice was tentative and really wobbley... poor show @itvdancingonice #DancingOnIce 🤬

Some agreed it was the right decision...

We now know who went,I'm not going to be popular for what I'm about to say.Radzi has struggled from day 1,he's improved but lack of confidence affected his ability/constrained him. Despite Caprice's nerves tonight, she's still the better skater. No fix.