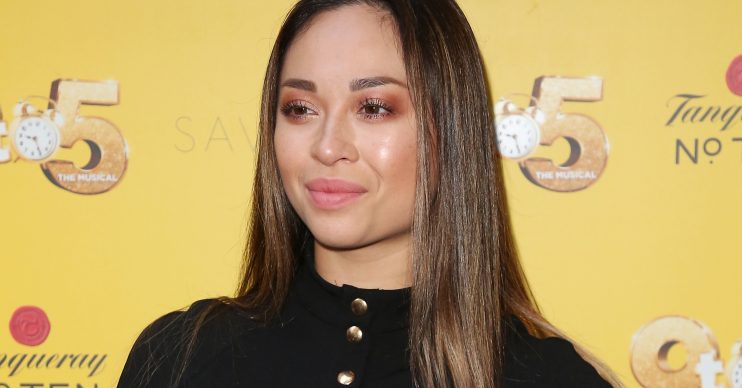 Russian Strictly Come Dancing pro Katya Jones is transforming the way she shops in a bid to help save the planet.

The dancer, 30, has vowed to live more sustainably and avoid buying new clothes for a whole year.

In a new interview, Katya said she also intends to prioritise reusable shopping bags and coffee cups as she looks to reduce her impact on the environment.

Speaking to HELLO! magazine, she said: “I have committed to one year without buying any new clothes, shoes and bags. Finding out how much effect it has on landfill and the environment, I decided to do my bit.

“Not just fashion but I have also started using water bottles, reusable coffee cups, reusable shopping bags. Generally, I want to reuse, reduce, recycle and upcycle as much as possible.

“I went through my house and tried finding new ways to use certain things, for example I upcycled old tights into the currently so popular headbands (they turned out amazing), and then took everything I don’t need any more to the car boot sale, so that these items can find new owners and be reused.”

Speaking further, Katya, who is married to fellow Strictly Come Dancing pro Neil Jones, said her new approach to sustainability felt “purposeful” – although she admitted the commitment “won’t be easy”.

Katya made the headlines during last year’s series after she was photographed sharing a kiss with her comedian dancing partner Seann Walsh.

The Jones’ marriage was reportedly rocked by the incident, but in March Neil revealed that the pair had moved on.

He told HELLO! magazine at the time that his mum taught him “don’t react, try to understand” when people make mistakes and said “that is how it always is” for him.

Neil said he and Katya were thankful for the support of their families as their relationship came under the spotlight.

Strictly Come Dancing is set to return for a seventeenth series in September.

The award winning broadcaster admitted she is pushing far out of her comfort zone by taking on the challenge.

Speaking on BBC Radio 2’s Steve Wright In The Afternoon, Anneka confessed: “I haven’t danced since I was seven and Miss Beer sent me home from my ballet class because I was hopelessly uncoordinated.”