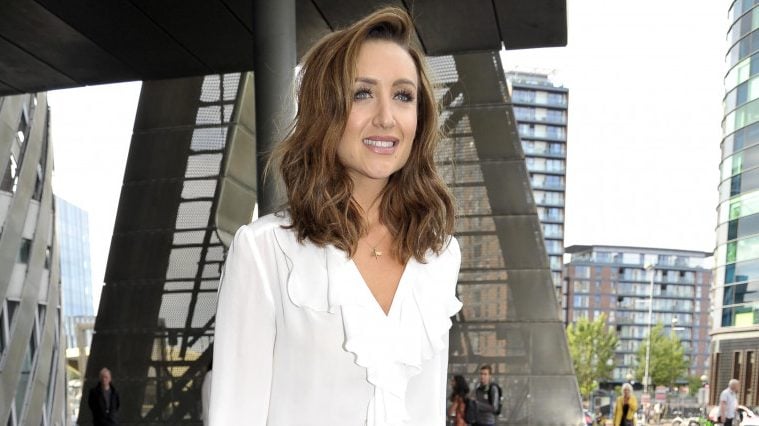 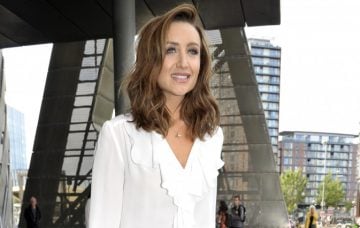 We reckon this Strictly superfan would be keen!

Fans are backing former Corrie star Catherine Tyldesley to hit the Strictly dancefloor next year after she was snapped with a very familiar face from the BBC One series.

Both stars were apparently at the same bash yesterday evening – and it seems like neither had an early night after she described the do in the caption as “late night shenanigans”.

Another pic posed with pals suggested the event may have been a party at ITV Studios in London.

Late night shenanigans with this legend @mrantondubeke – lovely to see you sweetie 😘👏🏻👏🏻👏🏻👏🏻🙌🏻🙌🏻🙌🏻 such a fab evening! #goteam

She also hinted at a perfect professional partnership between the pair, hashtagging the image #goteam.

Could the ex Eva Price actress be readying herself for a go on Strictly next year? Or is she just teasing?

Many of her followers immediately jumped on the idea, keen to see Catherine strut her stuff.

If I don’t do #bakeoff or #strictly at some point in my life I will not feel complete! In fact they should invent a dancing cookery show!

Read more: Catherine Tyldesley has her Christmas tree and decorations up already

“You should totally do strictly x,” added another.

It isn’t the first time Catherine has been linked with a spot on Strictly.

Earlier this year she was heavily tipped to appear on this year’s series after departing Weatherfield.

But she set the record straight in the summer when she told her 400,000+ Twitter followers she would not be involved… this time around, anyway.

Catherine’s also never hidden the fact she’d love to take part in the show, issuing several ‘come and get me pleas’ and tweeting along with the programme on social media on several occasions.

She tweeted last August: “I ADORE the show. And maybe one day!

“But to put an end to constant rumours – I’m not involved this year.

Could next year be the year?

When your girls turn out in force ❤️ All these years… still going strong. Fab night @katydean1 @mckinneysmithster love you both @itv 😘 dress @prettyparade make up @collettemakeup ❤️❤️❤️