Brooke Vincent hasn't even finished filming Dancing On Ice yet, but she's already eyeing up her next big challenge.

The Coronation Street star, who is still only 25, will take part in Sunday night's grand finale of the ITV ice skating show - going up against favourite Jake Quickenden and Max Evans. 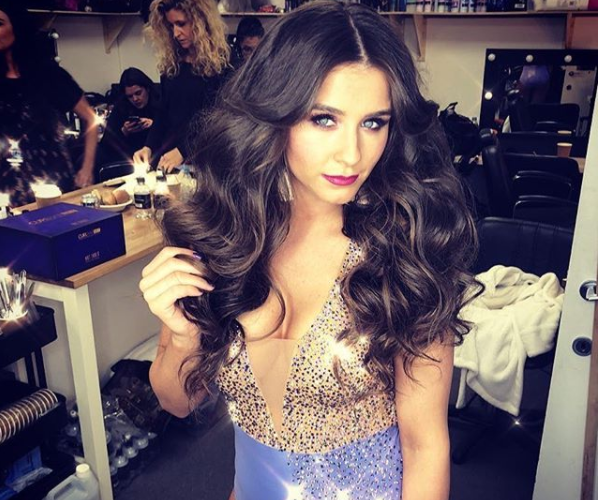 Brooke gets her glam on backstage at DOI (Credit: Instagram @brookelevivincent)

And Brooke, aka Corrie's Sophie Webster, has now revealed that she'd like to swap her skates for dancing shoes.

Read more: Jake Quickenden winces in agony and is given oxygen after Dancing On Ice-injury

In an interview printed in The Sun, she says: "I’d love to do Strictly, it’s a lovely show.

I'd love to do Strictly, it's a lovely show.

“But with ice-skating, half of your battle is that you’re not going to fall flat on your face.

“With Strictly, that battle is taken away.”

Brooke in promo shots for Dancing On Ice (Credit: ITV)

She wouldn't be the first Corrie star to leave the cobbled streets of Weatherfield for the rather more glamorous surroundings of a ballroom.

Former soap star Georgia May Foote, who played Katy Armstrong, was famously partnered with Giovanni Pernice in 2015, and went on to have a brief relationship with her professional partner.

Perhaps Strictly already have their eye on Brooke... After all, professional dancers Neil and Katya Jones were in the audience of DOI last weekend to watch her and Matej Silecky dance to the Spice Girls.

Brooke joked: "I wish someone had told me, I'd have worked really hard."