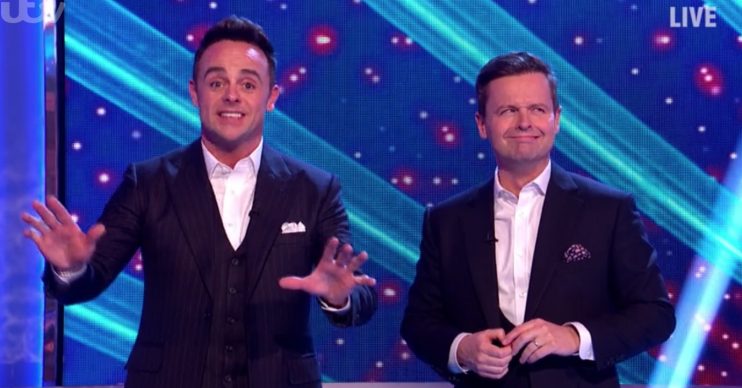 They were about to give them a house

Ant and Dec’s Saturday Night Takeaway started off with a bang last night, with plenty of high-jinks to get the series off to a good start.

While viewers were overjoyed to see the Ant and Dec back on their screens, the show started off on an uncomfortable note.

The audience laughed when the pair were introducing the first recipients of their prize, even though the couple had endured heartache.

Ant and Dec were explaining that Petra and Simon, who live in the northeast, had been told that the audience was full and they had been asked to stay in the queue in case any last-minute tickets became available.

Ant explained to the audience that one of their daughters, Darcey Lee, passed away when she was just nine-and-a-half weeks old three years ago.

In light of the tragedy, Petra had started a charity called Darcey’s Dream.

But just as they were explaining the couple’s tragedy, the audience burst out into laughter; it turned out that footage on the big screen behind them was showing Petra and Simon in the queue, and Petra was seen picking her teeth.

Looking around to see what the audience was laughing at, Ant then quickly addressed the audience.

“OK, let’s not concentrate on the picture for the moment because this is important.”

He went on to explain that Petra and Simon’s charity has helped over 2,000 bereaved children and parents since their own tragedy.

It wasn’t long before viewers took to Twitter to register their horror at the incident.

And the award for poorly timed audience laughter goes to… #saturdaynighttakeaway pic.twitter.com/ylKtar86cE

“They lost their daughter at 9 years old”

One wrote: “Wondered why the audience were laughing… the woman picking her teeth will be mortified she was caught on camera.”

“And the award for poorly timed audience laughter goes to… ” another said.

Petra and Simon are an EXTRAORDINARY couple, so we wanted to do something EXTRAORDINARY for them… Enjoy your new home! ❤️ #SaturdayNightTakeaway pic.twitter.com/0l4z6mazlF

Once everything had calmed down and Petra and Simon were inside the studio, the lads gave them an almighty surprise.

Ant and Dec handed over the keys to a brand new house.

“That brand new house, that house now belongs to you and here are the keys.”

“We wanted to give it to someone deserving and we couldn’t find a more deserving family than you,” the duo said.