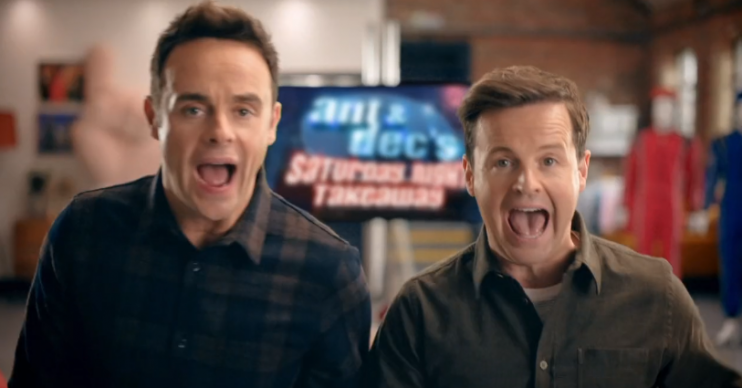 ITV has announced the new series of Ant and Dec’s Saturday Night Takeaway will begin February 22.

The duo shared the news with fans on Twitter on Wednesday after an almost two-year break from our screens.

In a tweet, Ant McPartlin and Dec Donnelly wrote: “Right then, who wants to know when the new series of @itvtakeaway starts?”

Right then, who wants to know when the new series of @itvtakeaway starts?👀#SaturdayNightTakeaway

ITV then replied: “We’re on it!” alongside a GIF which revealed the start date.

Fans were thrilled with the news and are already counting down the two weeks to go.

Right then, who wants to know when the new series of Saturday Night Takeaway starts?

One person said: “Yay! So excited!”

Another wrote: “I just can’t wait until Saturday February 22nd!”

A third added: “Yayyy! I’ve been looking forward to this for two years! My favorite show on telly.”

It comes after ITV released the first promo video for the brand new series last month.