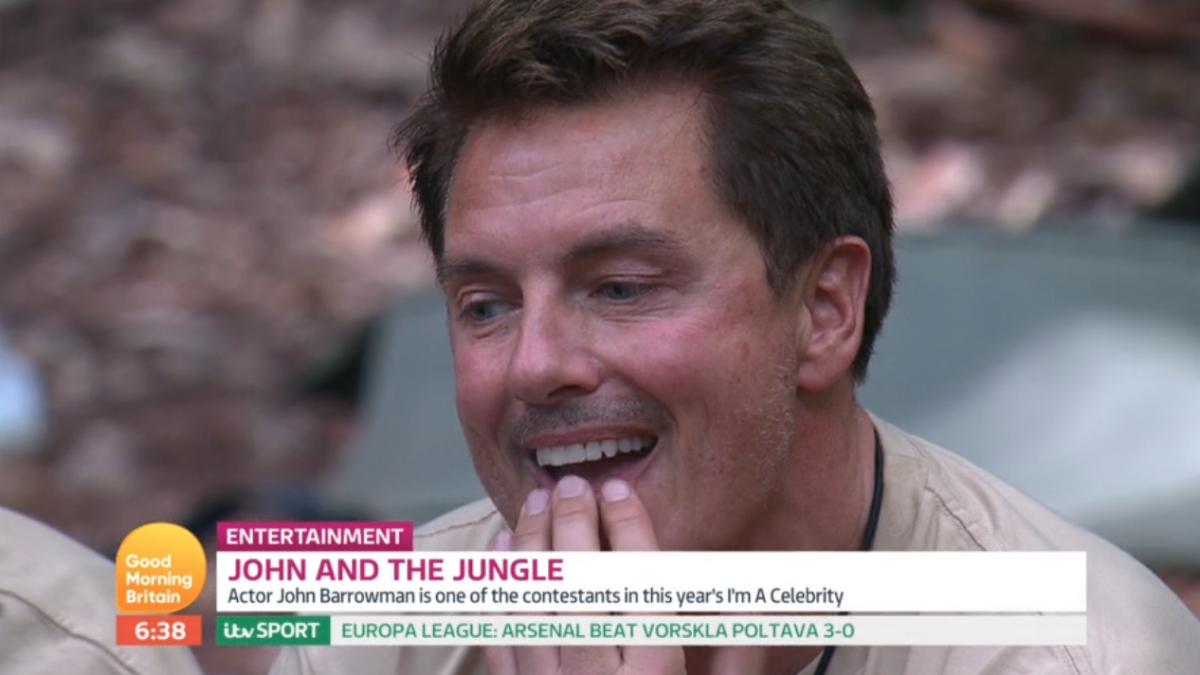 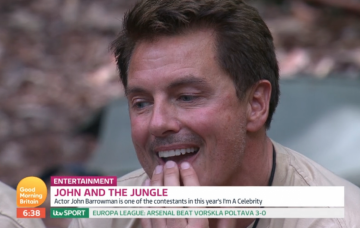 How long will it be before John blows his top?

John Barrowman has had just about enough of Noel Edmonds and is close to having it out with his fellow I’m A Celebrity campmate, according to the actor’s family.

Parents John Sr and Marion joined John’s husband Scott for a live chat with Good Morning Britain presenters Ben Shephard and Kate Garraway earlier today to give their insight on how the 51-year-old is coping with the pressure of the ITV reality show.

But the jungle star’s dad reckons John’s brewing feud with Noel – which began when the former Deal or no Deal host dished out a ticking off to John over his crotch-scratching – could erupt, even if it was out of character for him to lose his rag.

John Sr, who said his son was doing “wonderfully well” in the reality series admitted the Doctor Who favourite had been close to blowing his top.

Read more: Anne Hegerty vows to stay in jungle until she’s voted out

“There’s been occasions where he’s been on the verge, with Noel especially,” he said of the potential for rows involving John.

John’s dad continued: “But he’s managed to control himself – like his mother taught him – to be a good boy.”

However, despite being “very proud” of her son, mum Marion was quick to point out John has revealed one habit she is certainly not responsible for.

Touching on John’s crotch-scratching, she laughed: “His mother did not teach him to do that!”

She also laughed off any suggestion John would have been put out by handling Emily Atack’s underwear in a moment that saw viewers turn on “patronising” Nick Knowles.

“I don’t think he would be bothered by picking up someone’s knickers,” insisted Marion.

Husband Scott added how the camp rations will be affecting John’s temper – and worries the hunger will be getting to him.

“He’s not great at being hungry, he likes his food,” Scott said of the camp’s main cook.

Scott also had a warning for campmates who may get in his way when he’s not occupied.

“Living with John is like living in the eye of a hurricane,” he said.

“It will be calm around you, but chaos just outside!

“The big challenge for John is boredom – he love the trials but may get tetchy if there’s not much to do.

“That’s going to be when the trouble starts.”

Does it make us bad people for wanting to see John and Noel hanging out in a locked room together to see where it goes? Think that’s just the law of the jungle…

I’m A Celebrity… Get Me Out of Here! airs on ITV every night at 9pm, apart from Saturdays (9.30pm start)