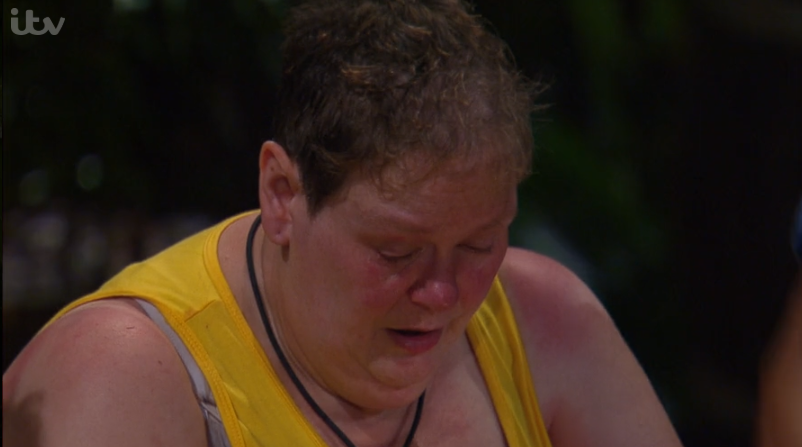 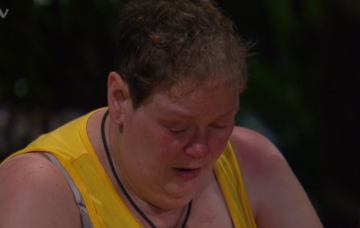 She even considered leaving the show on the first day

Anne Hegerty broke down in tears on I’m A Celebrity… Get Me Out Of Here! on Sunday night and even considered quitting the show hours after entering the jungle.

The Chase star, 60, became emotional after her team lost the lake race, meaning that they were forced to set up camp in Snake Rock while the other celebrities enjoyed the more luxury camp Croc Creek.

During the launch episode of the reality show, Anne – who was diagnosed with autism in 2007 – told her fellow campmates: “I’m a really close to saying I can’t do this.”

The Inbetweeners actress Emily Atack later told the Bush Telegraph: “Anne got a bit upset so we gave her a cuddle. It’s overwhelming.

Former X Factor star Fleur East added: “I feel like we all have to be there for her and the minute that we all rallied around her, she just felt so much better.”

Anne was later ruled out of the first Bushtucker trial on medical grounds.

Before going on the show, Anne revealed that show bosses feared she wouldn’t be able to cope Down Under due to her autism.

The quizzer, who plays The Governess on The Chase, has opened up about her condition on several occasions and recently revealed how it could potentially affect her time in the jungle.

Speaking to The Sun earlier this month, Anne admitted that large social groups can be quite difficult for her.

“On the other hand it might have advantages if I’m not as good as other people at picking up on bad atmospheres I’ll be happy drifting along.”

Anne also said she could face the possibility of “getting some campmates mixed up” due to the condition.

She said: “One problem I have, that goes along with autism is being face-blind. So there’s a real possibility of getting some of the campmates mixed up, which will be very embarrassing.”

Meanwhile, during an interview with Starts at 60 earlier this year before she signed up to the show, Anne admitted her biggest fear about doing a show like I’m A Celebrity would be her autism affecting the way she interacts with her fellow stars.

She explained: “As an autistic person, I value my space, I can’t be around people too much, so that could be a problem. You never know.”

During an appearance on Loose Women in September, Anne also said she prefers her home comforts and knowing her surroundings.

She said: “I just need everything to go quiet, for people to stop bothering me and not thinking about when I’m going to get packed.

“I like to have my own kitchen so I can cook and a washing machine so I can do washing. The things you can’t get in a hotel.”

Did you watch I’m A Celebrity on Sunday night? Leave us a comment on our Facebook page @EntertainmentDailyFix and let us know what you think!