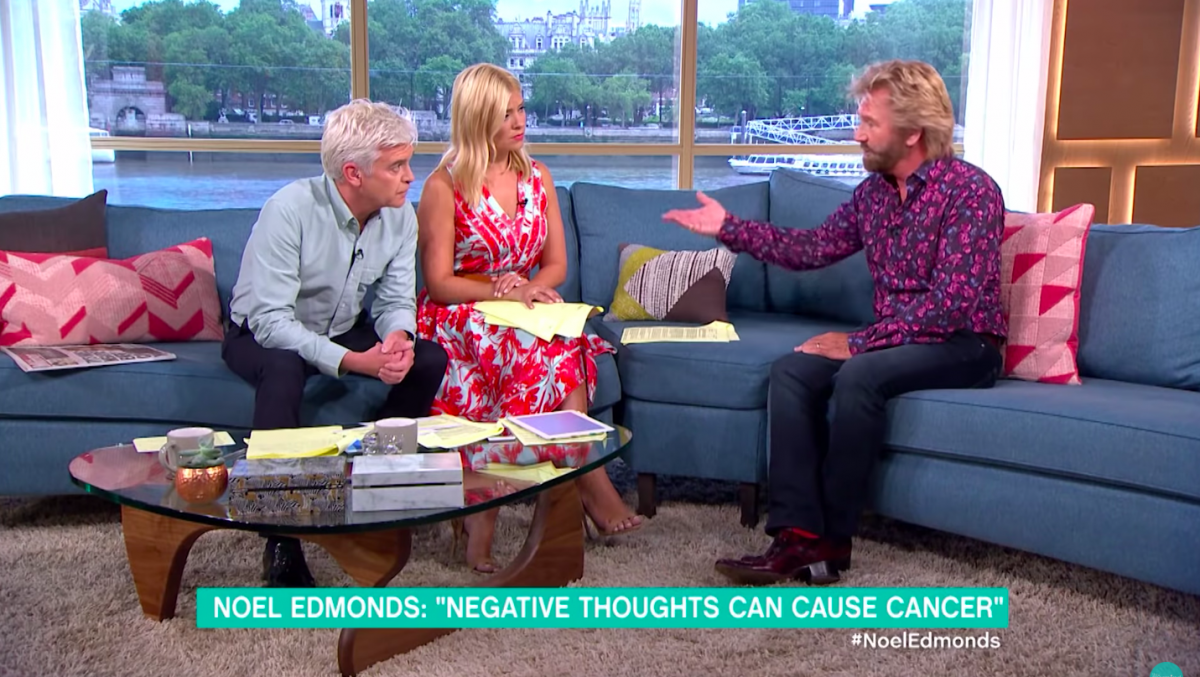 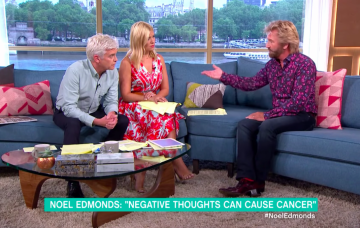 Controversial TV presenter Noel Edmonds is set to be a surprise late addition to the I’m A Celebrity jungle next week – but it could be an awkward arrival after his huge falling out with show host, Holly Willoughby.

Back in 2016, the Deal or No Deal star had an explosive argument with Holly and her This Morning co-presenter, Phillip Schofield, when he branded them “aggressive, disrespectful and dishonest”.

Noel, 69, appeared on the ITV show to defend his views that “negative thoughts can cause cancer” and a tweet where he’d attacked someone suffering with cancer, asking him: “Is it possible your ill health is caused by your negative attitude?”

The nineties Mr Blobby star – who was diagnosed with prostate cancer in 2013 and blamed the stress in his life – also promoted a £2.3k “sound wave” machine that he claimed helped “cure” him.

After Phil and Holly questioned his pseudo-science – and their resident doctor, Dr Raj called his views “unfair” adding that the “good science and evidence doesn’t support it” – Noel ranted that he’d been “stitched up”.

Noel added: “Phil, if you are unlucky enough to be seriously ill, I promise I won’t be so callous and I will show you respect, sympathy and compassion.”

He also accused the pair of being: “aggressive, disrespectful and dishonest.”

Phil quickly replied: “@NoelEdmonds but were they incredibly insensitive and tactless in their delivery of said research?”

The troubled House Party star shot back with: “I posed a question in response to abuse. You corrupted the truth and made a fool of yourself. Your ego is larger than your intellect.”

Phillip then replied: “Must be awful to brood for so long! Are you being negative?”

Noel – who has also revealed odd opinions about “electro-smog” – then said: “@Schofe point proved. I rest my case,” to which Phillip hit back: “Thank God for that.”

Holly is presenting I’m A Celeb – which will kick off on Sunday November 18 – for the first time this year, alongside usual star Declan Donnelly.

She will be overseeing challenges and trials for Noel, who is said to be receiving a fee of £500,000 to take part in the ITV series.

It looks like Noel will be a, er, challenging addition to the show.

Do you think Noel is going to fall out with the other celebrities? Leave us a comment on our Facebook page @EntertainmentDailyFix and let us know what you think.